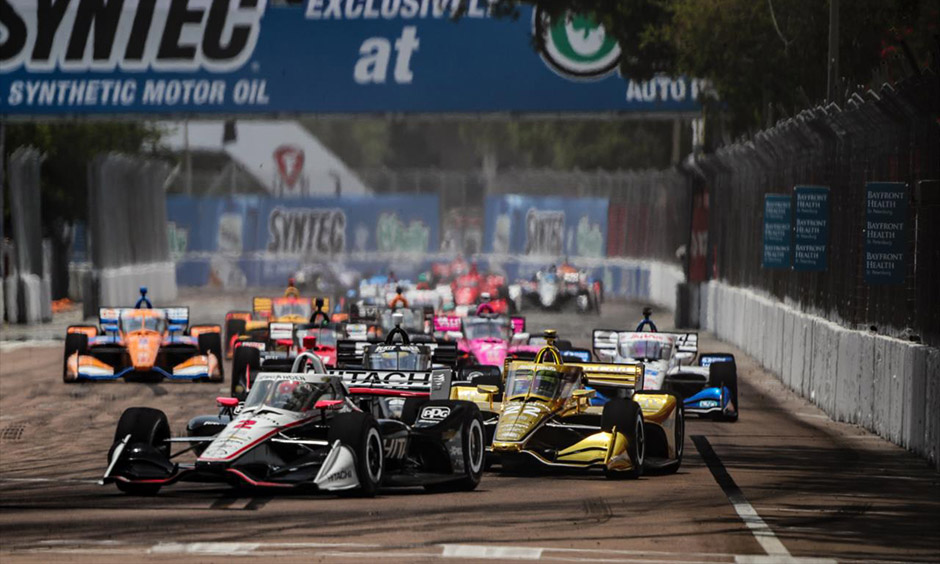 Colton Herta took pole and he never looked back as he led for all but three laps during a dominant display at the streets of St. Pete. Even with the full course cautions, he was able to keep the field behind and take the checkered flag.

This race was a battle of attrition with the drivers facing hot and humid conditions. Race winner Herta came out of his cockpit and stated that he was very winded and that he could barely talk. Racing isn’t just about driving in circles.

Canada’s James Hinchcliffe finished down in 18th after getting a puncture from contact with Takuma Sato. The other Canadian Dalton Kellett did not finish after an electrical fault.

Jimmie Johnson had another tough go with a few spins during the race which brought out two of the cautions. This is the 45 year old’s first Indycar season so it is still a learning curve for the multi-time Nascar champ.

The next race is Indycar’s first and second oval races of the season with a double header at the Texas Motor Speedway next Saturday and Sunday.