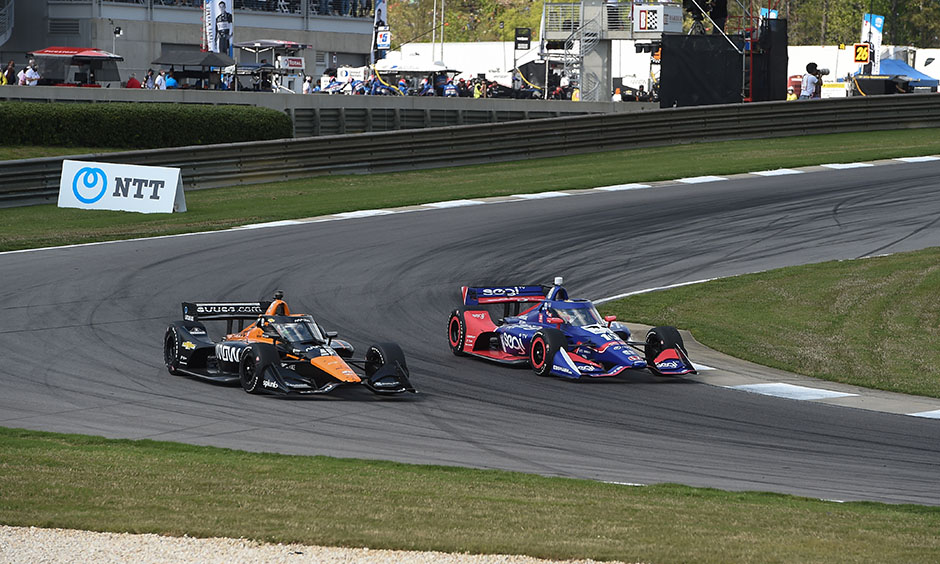 Starting third, Alex Palou worked his way up to the top and he took his first ever IndyCar win at the Alabama road course with a stellar defense job on Will Power and Scott Dixon in the closing laps of the Grand Prix.

It was a stellar job by Palou to hold his nerves together with the experienced Power and Dixon on his tail as he kept his tires in good condition which allowed him to use a two-stop strategy to take him to victory lane.

Pole-sitter Patricio O’Ward finished just off the podium as he was having some issues with conserving tires with his rear tires. He was sliding around a lot which wore the tires down enough to force him on a three-stop race.

Former F1 driver Romain Grosjean finished a solid 10th in his first racing action since his fiery crash at the Bahrain Grand Prix in 2020.

There was a massive pileup on Lap 1 when Josef Newgarden lost his car on an uphill crest and spun which took Hunter-Reay, Herta, and Rosenqvist.

Indycar rookie Jimmie Johnson, who is also a 20 year NASCAR veteran, finished down in 19th after somehow avoiding a massive pileup on Lap 1 where he placed his car perfectly going through all the debris. He also had a spin on Lap 9 which brought out the caution, but none the less a good learning race for the multiple time NASCAR champ.

It is not a long wait to the next race in St. Petersburg, Florida at the Firestone Grand Prix of St. Petersburg on April 25th. See you next time.