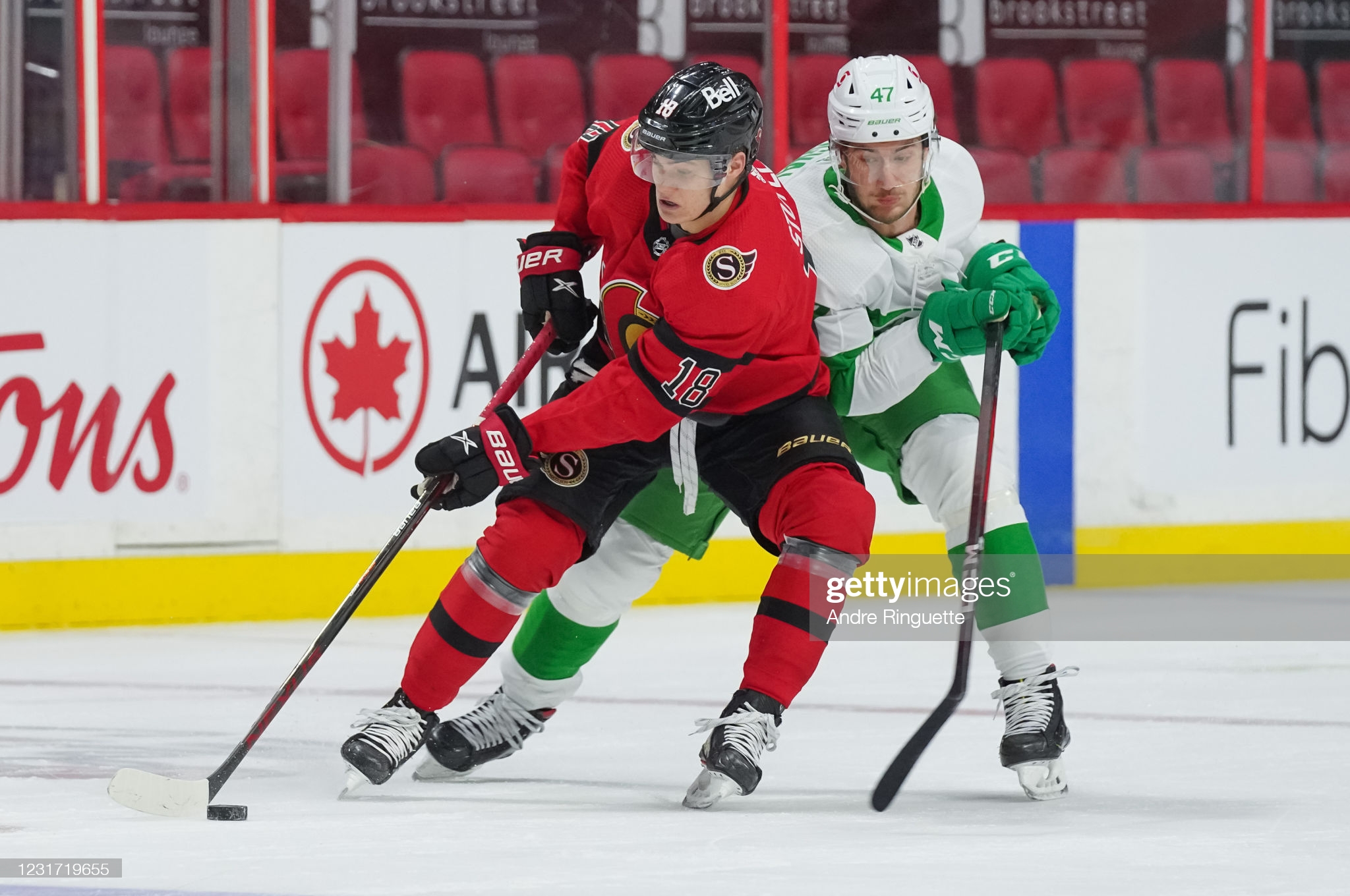 Phew! That was too close, right?

Fill in another win for the Ottawa Senators in the Battle of Ontario against the Toronto Maple Leafs.

After a stinky 6-2 loss to the Edmonton Oilers on Friday night, the Senators were right back in action on Sunday in a tilt that saw them beat the Leafs by a score of 4-3.

During warmups, it was announced that Matt Murray unexpectedly left the ice, and Joey Daccord would start in net for the Sens. While we don’t know what caused Murray to leave the ice, Daccord stepped up to the plate and shined once again tonight.

Most impressive player(s) of the game: Drake Batherson and Tim Stützle

Oh my goodness. What a game from these two players. Batherson and Stützle are so special for this Ottawa Senators team. Not only do they have outstanding chemistry, but they also look like clockwork on when on the man advantage. A few games ago, Batherson was on the opposite wing of where Jimmy is now. It seems like D.J. Smith saw something and decided to flip those two around.

Let’s talk about their great work tonight. These guys were all over the ice and we can’t go any further before addressing Stützle filthy pass on the PP. I’ve probably watched a replay of that pass + goal and I still don’t get how Stützle was able to pull it off. He fakes the shot and then does a half curl/drag before sliding it to Batherson on his backhand. And if you saw the pass get through, you knew Batherson wasn’t about to miss the open net.

Even if we pluck away that phenomenal goal, Batherson and Jimmy still dominated tonight for Ottawa. Heck, Batherson tried getting his third goal from his knees during the third period. Stützle also looked really loose out there and strong with the puck on the PP.

Overall, Bath Time and Jimmy impressed me greatly tonight. Let’s hope we see more of this as we slowly inch towards the end of this season.

Before I start this off, 29 minutes? Wow. I thought we were trying to steer away from this type of TOI this year.

I never enjoy putting Chabot in this category, but he doesn’t give me much of a choice after tonight’s performance. Chabot has been a rollercoaster tonight for the Sens. In some games, he’s been electric and creating all sorts of plays for his team, on the other hand, he at times looks fragile and really not confident in his play.

With the number of chances that were available tonight, I would’ve liked to see Chabot jump on some more rushes and create some magic in the Toronto end. He wasn’t terrible by any means, every player is going to have his off nights and this was one of them for Chabby. I’m confident in saying that he’ll return back to his normal self in the next few games.

If we’re only looking at Chabot’s numbers, he’s actually been one of the Senators’ most productive players in the last month. As I said, I fully expect Chabot to stand out once again for the Senators this season. After all, he’s the best defencemen the Sens currently employ.