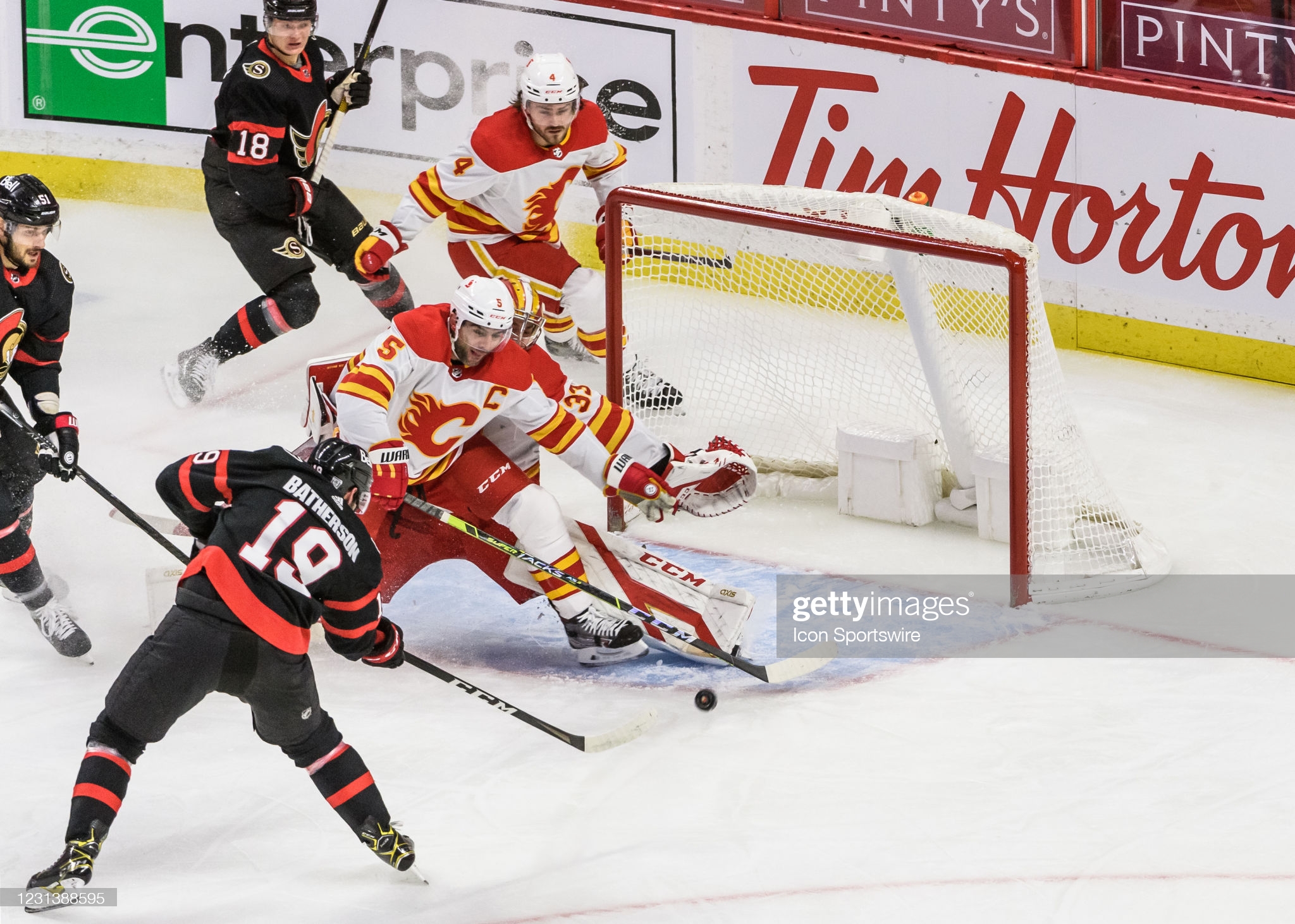 Three wins in a row. That’s what the Ottawa Senators are currently sitting on after a 6-1 routing of the Calgary Flames on Thursday night.

With the win came a picture of what this team has in their young core. Drake Batherson, Colin White, and Erik Brannstrom were just some of the names that stood out in what was probably the Senators’ best game of the season.

Let’s get this report card started as it’s probably the one I’ve looked forward to the most since this season kicked off.

We need to talk about how good Drake Batherson has been in the last few games. I can’t seem to recall which game the Sens were playing when rumours of Batherson being benched flared up, but he’s made a real name for himself with his recent stellar performances. Thursday night was no different for the Drake. Who doesn’t love The Drake? He struck early once again to open up the scoring for Ottawa on a magnificent goal created by Artem Anisimov and Tim Stützle.

Not only has Batherson torn up the scoring sheet in recent memory, but his confidence has also been beaming whenever he steps onto the ice. It seemed like the line he was on with Stepan (prior to injury) and Stützle was finally clicking together. With a new centre next to him in Anisimov, it looked like Batherson picked up right where he left off before Stepan was sidelined.

He capped off the night with only one goal, although he seemed to be buzzing around the net all night long. His line got absolutely shelled when you look at the analytical numbers. I can’t promise you that’s what Batherson or any of the Senators’ players were looking at after last night’s win, however.

Mike Reilly is a really interesting player on defence for the Senators. His start to the season was god awful and he probably hit rock bottom when the Senators played in Edmonton during the end of January/early February. It seemed like there was no hope out of Reilly after a long stretch of poor games.

He eventually bounced back and actually proved how valuable he is to the Senators after that hiatus. Except as of recent, I don’t think he’s been particularly all that great again. Last night was another tough outing for Reilly.

He finished the game with two giveaways and it seems like that’s what hurts him the most when he’s struggling at finding his game. Besides screening Matt Murray on the Lucic goal, he still didn’t look all that great in his own zone. His night came to an end with a 40.91CF% at 5v5. Analytical numbers surely weren’t his best friend and the eye test backed it up in my opinion.

We’ve seen him go through a slump before. It’ll be interesting to see how/if he rebounds this time around when we’re almost at the 30 game mark of this shortened season.