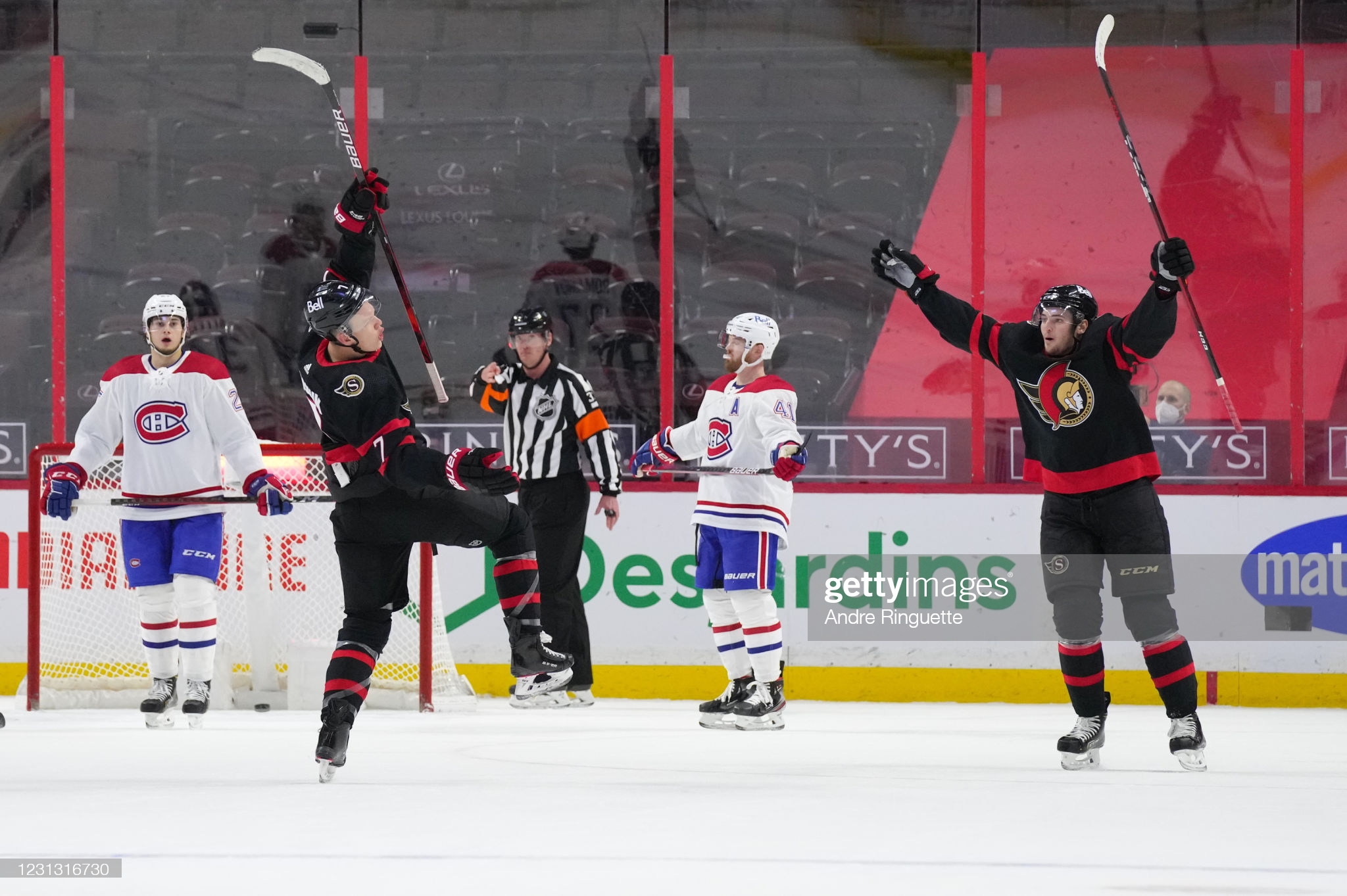 An overtime win against the Montreal Canadiens. What more can you ask for? That was spectacular to see, and it felt even better considering the opponent on the other end.

Brady Tkachuk was the hero in the extra frame as he tucked it behind Jake Allen to close out a 3-2 win. While the Senators had their hiccups throughout the game, they stuck with it and played with great effort until the very end.

If you watched the game last night, you know why Tim Stützle is being crowned the most impressive player even though he didn’t register a point. Stützle has been solid for the Senators for a lengthy stretch now, and last night proved why he shouldn’t be going down to the AHL as some people have discussed. Even at 19-years-old, this guy is electric when he’s on the ice. His underlying numbers aren’t great, except the eye test doesn’t match them whatsoever at this point in time.

Last night was another stellar performance. He was all over the ice for Ottawa and he looked great on the PP. He sent a tape-to-tape pass to Drake Batherson that was beautiful to see. It was unfortunate to see Batherson not be able to handle it as that would have been an amazing goal to witness. He was third on the team last night for xGF% 59.34, and his SCF% was a whopping 66.67%, tied for second with Batherson. Although I didn’t initially love the idea of Stepan being the centre between Stützle and Batherson, it looks like they might’ve found some chemistry after playing the last several games together for the most part.

He might’ve not scored a point but he had 4 SOG, and he’ll start getting those behind goalies sooner rather than later. It’s inevitable at this point. His TOI at all strengths was also his second highest on the season, only one behind the Feb. 15 game vs. Toronto. It’s nice to see D.J. Smith gaining trust in the youngster.

Last time I did a report card, Erik Gudbranson was at this exact same spot. I’ll start off by saying the same thing I did last time. 19 minutes for Gudbranson? Are we kidding ourselves? This is so out of control, and I know I sound like a broken record right now.

I don’t even want to go look at what his advanced numbers looked like after last night because I’m sure they are abysmal. The fact of the matter is this: Erik Gudbranson cannot be in this lineup on a nightly basis. It’s not working out, and you have to be wearing blindfolds over your eyes to not see that. He literally got walked by Corey Perry last night and was responsible for the game tying goal that sent this game into OT in the first place.

I know I’ve said it before so I won’t keep this going on too much longer, Pierre Dorion really needs to find a much more suitable option than having Gudbranson here for the remainder of the Senators’ 36 games. This is getting ugly real fast. I know we love Erik Brannstrom, but if Brannstrom moving over to the right side means Gudbranson being scratched, I’m all for it at this point. No one has asked much of this team this year, but the least you can do is scratch a player who struggles mightily in his own zone on a consistent basis.