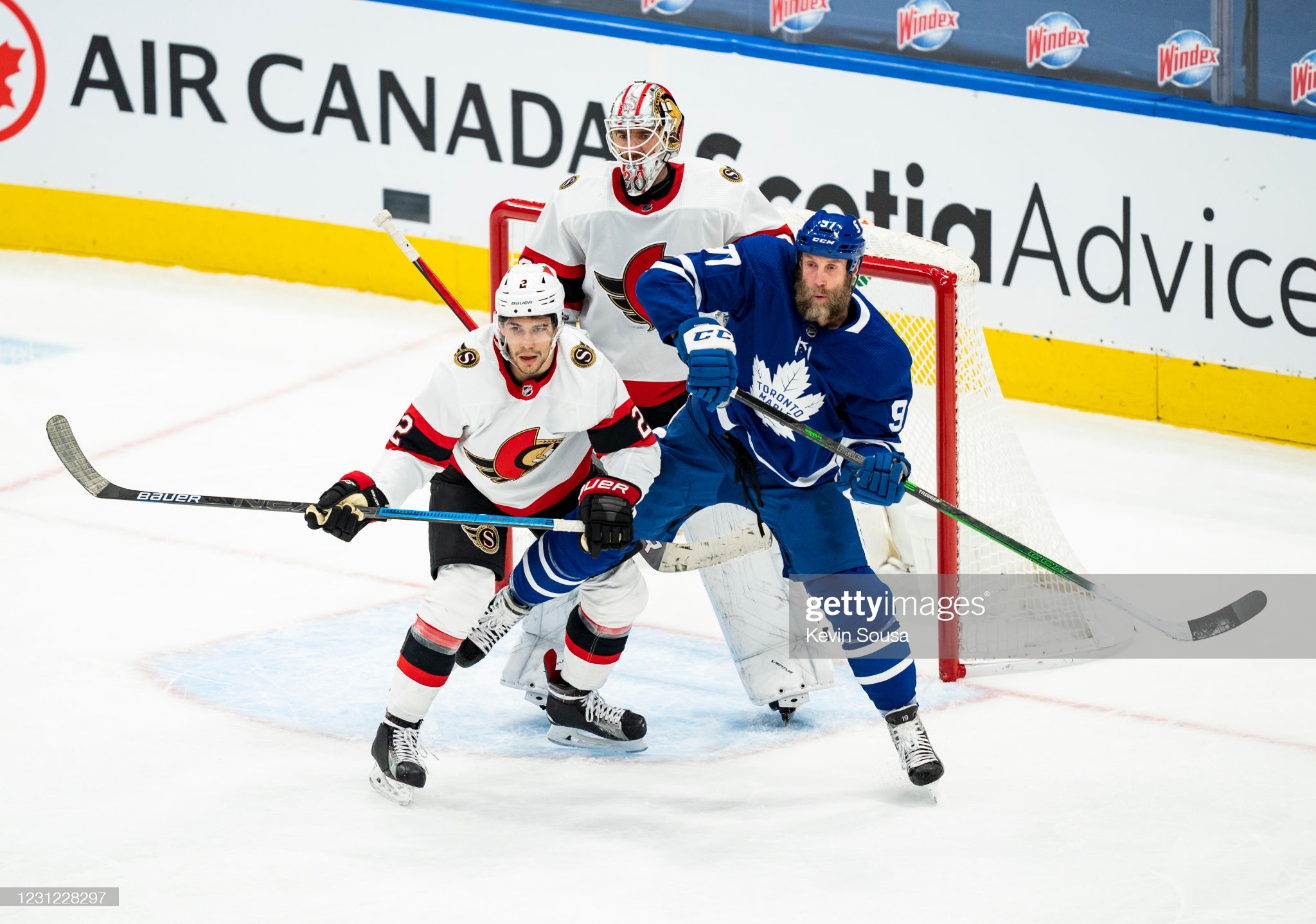 It might’ve not been a scoring parade like it was on Monday night, although in my opinion, it showed the Ottawa Senators can stick around with a juggernaut team like the Maple Leafs with a solid team effort.

When the final buzzer went off, Ottawa lost by a score of 2-1 in what was a strong defensive showing from both teams.

In terms of nominations for this, it was pretty clear to me who would be getting the most and least impressive after last night. Lets’ get this show on the road.

Heading into this game, I didn’t even know that Matt Murray was en route to return in between the pipes for the Sens. After missing a few games with an injury he suffered on Feb. 11 vs. the Winnipeg Jets, Murray looked fantastic last night in there.

He was square to the puck for the majority of the game and came up huge when he was needed. If you were to take a look at my report cards when he was on the least impressive end, this is all I ever asked out of Matt Murray. I don’t need someone to tell me that our defense isn’t great, if you’ve watched the team this year, chances are you already know this. I just wanted to see him make a couple of huge saves when relied upon every few games, and he did that last night in the performance vs. Toronto.

I tweeted about this earlier, so I’ll plug it in here too just so you can see the drastic turnaround Matt Murray has had in February vs. January.

This is great to see from the Senators’ standpoint and for the fanbase too. Murray had a month to forget in January. That’s no secret to anyone who watched his stretch of games during the first month of the NHL season. Now, he looks to have found his confidence and his stats are proving that.

To think we’re talking about the same goalie who allowed 28 goals in 7GP last month, to only 11 in 6GP so far right now is crazy to me. I obviously didn’t take into consideration his W/L numbers when looking at his splits stats because A) Those stats should never matter when we’re talking about goalies, and B) I don’t expect this team to win many games this season with or without Murray in net.

Of Toronto’s two goals on the night, I don’t think Murray had a chance on either one to be quite frank. Auston Matthews rips a one-timer that was put right in his wheelhouse from Justin Holl. As for the Kerfoot goal, it’s a scramble in front and Murray is already down and out while trying to track down Kerfoot’s next moves. I’m not going to blame him for either one of those.

Before I even begin this one, 19 MINUTES? Is this a bad dream we’re all stuck in? D.J. Smith needs to stop this.

Okay, probably 3-4 report cards ago I mentioned that Gudbranson needs to be taken away from Smith like Brayden Coburn was a few weeks ago. I cannot stress this enough, Pierre Dorion needs to do this immediately. I’m over here harping on Smith for his deployment strategies, but some of the heat needs to fall on the GM too.

If you see that a player is heavily struggling alongside being used incorrectly by your coach, you need to step up and make a decision here. Take away the toy from your bench boss. You did it with Brayden Coburn which allowed Erik Brannstrom to eventually step in, do it with Gudbranson so we can see more of Josh Brown. I know what you’re thinking, I didn’t love Brown’s play either, but you need to initiate some sort of change if you’re serious about finding a solution.

Even if you don’t like Josh Brown as a replacement, what other eggs do you have in your basket? It’s obvious they’re not going to put Brannstrom on the RD spot, Reilly-Zub shouldn’t be shuffled, so it’s either you plug Brown into this lineup, or you make a trade for suitable RHD without overpaying.

It was evident last night that Gudbranson once again cannot keep up with some of the fastest teams in this league. And guess what? That’s fine! I’m not blaming Gudbranson for being put in a top 4 role by the staff. All I’m saying is we need to find another solution here instead of continuously pouring salt on the wound. There is way too much offensive zone time from the opponent when Gudbranson is out there. He struggles to make a clean pass/get the puck out, and his giveaways are becoming a huge issue for this club.

Whatever the solution here is, Pierre Dorion needs to act quickly and move on from Erik Gudbranson at least for the time being.