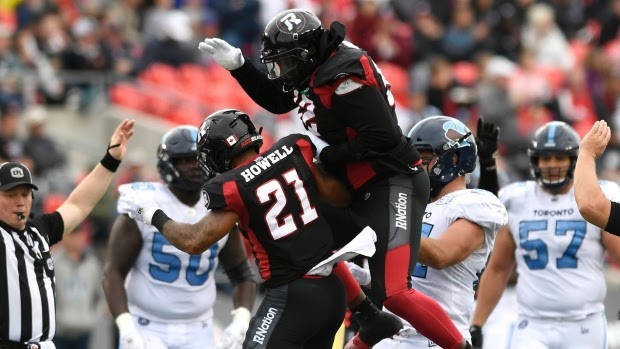 The crazy year that has been 2020 is finally coming to an end. This year saw a crazy change to the sports landscape as many leagues had to play without fans. The CFL unfortunately wasn’t even able to do this and ended up cancelling the 2020 season all together. This makes it over a year since RNation has been able to see the team play games. With that said, as we enter 2021 hopefully this year will bring more positives to the franchise. So, let’s take a look at our 2021 wish list. To compile this list we reached out to CFL and Redblacks’ fans on social media for their takes so this list is a compilation of our personal list and fans’.

Actually having a season

The Redblacks gave up the most points against in the CFL in 2019. The defense wasn’t the strongest it’s been, but a strong pass rush can cover up for a lot of weaknesses on defense. However, the Redblacks struggled to get to the quarterback. They had no players in the top 10 in the league in sacks and only two players in the top 30. If they want to have more success on defense this year they’re going to need to find a way to get after the quarterback.

For many years, fans were spoiled at the receiver position with the dynamic duo of Ellingson and Sinopoli. However, without Ellingson last season, they obviously took a step back. Dominique Rhymes was a bright spot, amassing over 1,000 yards receiving and finishing in the top 10 for this stat in the league. However the team only had one other player in the top 20 and Sinopoli didn’t even crack 700 yards. In the New Year it would be nice to see them either add another WR or see Sinopoli have a bounce back year.

Gone are the days of William Powell and Diontae Spencer in the backfield unfortunately. However, the team needs improved production from their running backs if they want to avoid being the lowest scoring team in the CFL again. In the 2019 season they didn’t have a single running back break 500 yards rushing. That’s let’s say, less than ideal.

There’s no denying the team struggled at QB last season. None of the team’s three starting quarterbacks in 2019 finished the season with a positive touchdown to interception ratio. Again, that’s less than ideal. If the team wants to get back to winning and putting up points in 2021 they’re going to need improved QB play and someone will need to step up.

This is our 2021 New Year’s wish list. Hopefully 2021 will bring more success on the field than 2019. However, at this point I’d just be happy to see the team out there again at all. Let us know what you think of our list and what your wish list looks like for the Redblacks this year. You can let us know down below in the comments or on our Twitter, Facebook and Instagram.