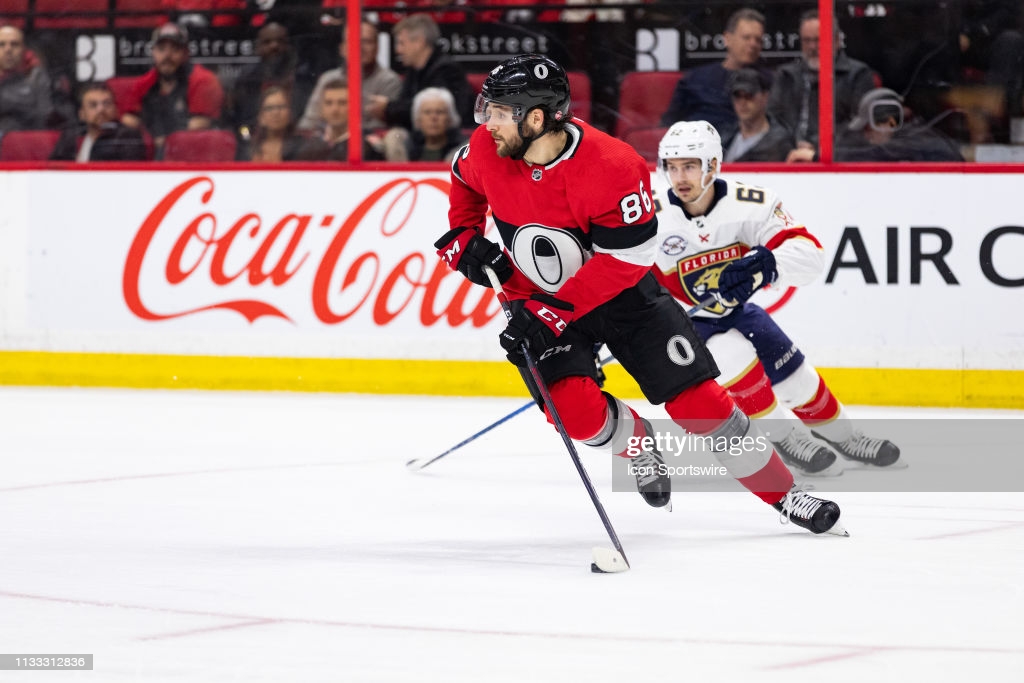 NHL training camps are right around the corner for last year’s “non-playoff” teams. In this shortened 56 game season there’s going to be a lot of games played in a short timeframe. That means there will likely be a lot of rotation in the Sens’ lineup. However, if the team is going to find success on the ice this season and take a step forward some key players are going to need to step up. With that said let’s take a look at three key players to watch in training camp this year.

The 25 year old will be entering his fourth season with the Senators. Wolanin unfortunately missed most of last season after getting injured in an on-ice session right before training camp. He is expected to be fully healthy coming in to camp this year and will be a key player to watch. Wolanin has yet to put up big offensive numbers in the NHL (career high of 12 points), but he is a very underrated part of the team’s blueline. If Wolanin can take a step forward in his development it will add some much needed depth to the left side of the blueline.

Besides Chabot, the Senators left side of the blueline will most likely be Mike Reilly, Erik Brannstrom and maybe Braydon Coburn. Reilly is more of a bottom pair defensemen who can play some power-play minutes and there is no guarantees where Brannstrom is at in his development. Coburn most likely won’t serve as more than depth. If Wolanin can come into camp in good shape and ready to play he can push Reilly down to the bottom pairing and allow the organization to be patient with Brannstrom’s development. Wolanin will be a key member of this blue line to watch come training camp.

It feels as if the 2016 11th overall pick is entering a make or break year in his time with the Sens. It shouldn’t be, as Brown is only 22 years old and has shown great potential in the AHL. However, it is starting to feel like many fans are starting to be skeptical of Brown as a prospect. This is what makes this training camp so crucial for Brown. He needs to come into camp ready to play and fight for a top 6 role in the opening night lineup.

This is an important camp for Brown to prove to fans, the organization, and most importantly himself, that he has what it takes to be an everyday NHLer. Accomplishing this would do wonders for his confidence. The team’s center ice position is also very up in the air right now and the first line role is open for the taking heading into camp.

Another center, sensing a bit of a theme here? Playing in the all Canadian division that will feature centers like McDavid, Draisaitl, Matthews Scheifele, Pettersson, Tavares, and many others, the Senators’ are going to need some players to step up down the middle if they don’t want to get steamrolled in puck possession every night. This is where a player like White, who is looking to bounce back from a tough season, will be key to watch in training camp.

There is no hiding the fact that White struggled last season, perhaps feeling the pressure of the big contract he signed. Whatever the case, the team is going to need a player like White to step up this season if they want to be competitive. White has shown flashes in the past, especially when he has skilled line mates. He has also proven to be an effective defensive player. If White has been able to take a step forward in his development he could also find his way onto the first line and really change the landscape of how fans view the team’s center ice position going forward. He will be a key player for the team this season, hopefully he is ready to go right out of the gate.

Since it has been roughly 10 months without Sens’ hockey, let’s see how these three players have developed in their time off. Their success will be crucial to the team’s this year. With that said, it has been so long since we’ve been able to watch Sens hockey and I can’t wait for training camp to get started. Let us know how you think these players will do in training camp and this season. Who are you most excited to watch and see how they’re coming along? You can let us know down below in the comments or on our Twitter, Facebook and Instagram.