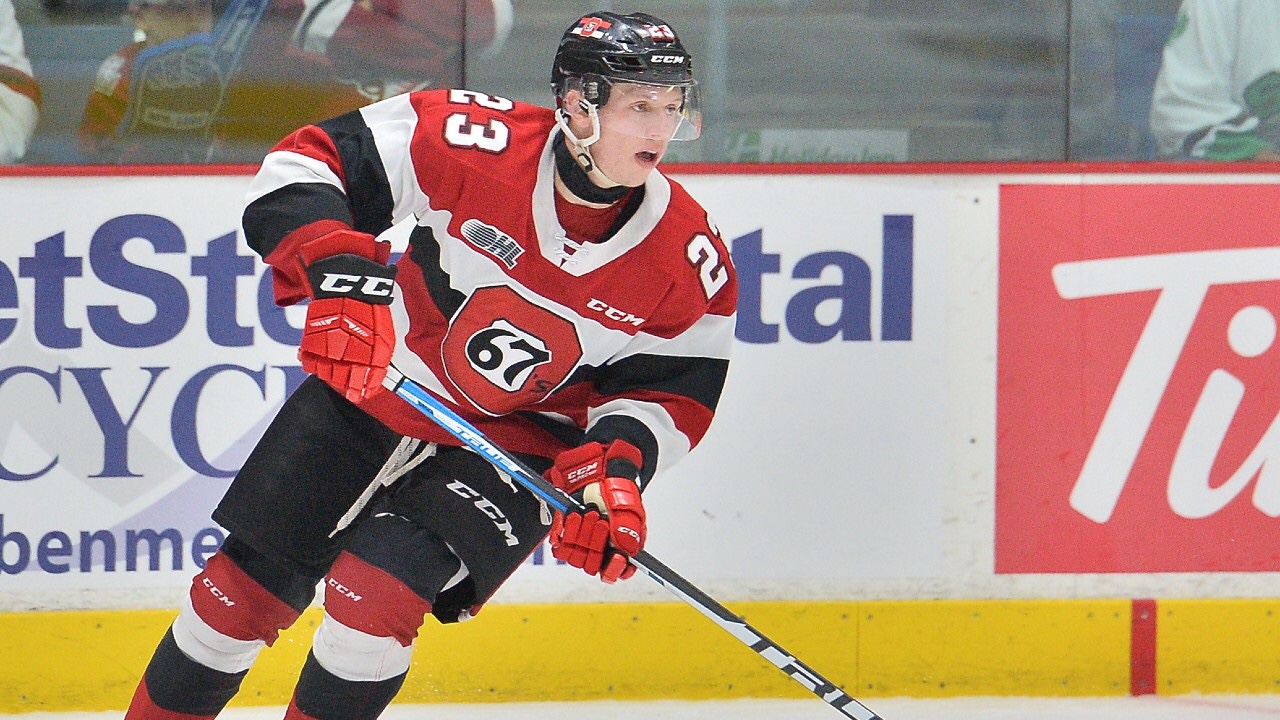 The 67’s have three members of the organization that may see themselves getting their name called in this year’s draft: Marco Rossi, Jack Quinn, and Will Cranley. Below are brief draft profiles on each player and a little bit about when they’re expected to get picked and their potential role in the NHL.

Marco was a superstar for Ottawa this past season, leading all of the CHL in scoring. 67’s fans had the pleasure of watching Rossi grow in his two seasons with the team. Rossi went from being known as a strong defensive forward with playmaking ability to becoming a potential superstar two-way player in the NHL. Rossi’s work ethic is unmatched in the draft with a willingness to go to all areas of the ice to battle for the puck or for positioning. He has one of the highest hockey IQs in the draft as well. He is able to make the smart play consistently, and having the matching vision and playmaking ability to actually complete the plays. He sports an impressive shot, making him able to score from all areas of the offensive zone. Rossi was able to make this jump offensively without sacrificing his defensive play too much. Whichever NHL team drafts Rossi will be very happy, as he is one of the safest picks in the draft and fans should be surprised if he doesn’t at the very least become a very good second line center at the NHL level.

Jack Quinn also made a large jump in his offense this season, going from 12 goals the year before to scoring 52 goals. Only Peterborough Petes Nick Robertson scored more goals in the OHL last season. Quinn goes into the draft as potentially the best pure goal scorer in the whole draft. He is able to shoot the puck with impressive power and accuracy quickly and at any angle. Against popular belief, Quinn didn’t actually play on the same line most of the year with Marco Rossi, only really seeing play time with him between line changes and on the powerplay. Quinn is a very good skater which he uses to force the defender to back up, gaining space and time to make a play. Quinn also isn’t a liability in the defensive end. He isn’t very physical, but he positions himself well to disrupt passing lanes. He was also on the 67’s penalty kill last year and is very good at using his stick to strip the puck from opposing puck carriers. It is very much possible that we see Jack Quinn become the next consistent 30 goal scorer in the NHL and could even become a Mark Stone type of player.

Will Cranley – Late Round pick

Will Cranley played behind Cedric Andree this year. Will stands at 6’4″, a highly desirable height for a goalie, and is very quick for someone of his size. On top of that, Cranley is rather athletic and nimble, making him able to make absurd looking saves. In 21 games this year, Cranley posted a 2.81 goals against average, and a .894 save percentage with 18 wins and 4 shutouts on the year. Cranley is the #4 ranked North American draft eligible goalie by Central Scouting. He needs to work on his overall poise after letting in a goal. He is good at positioning himself in the net and using his frame to make the net look small, as most large goalies are able to do. Cranley could see himself getting drafted late in this years NHL draft, potentially going as early as the 4th round, but it would also not be surprising if he doesn’t get drafted at all. If that is the case it should not worry Cranley, as with goalies in particular it is not uncommon for them to get drafted their second draft eligible year. With all that being said, for this year’s draft and expected draft position, Cranley is a low-risk, high-reward pick. His only issues seemingly being lack of experience.