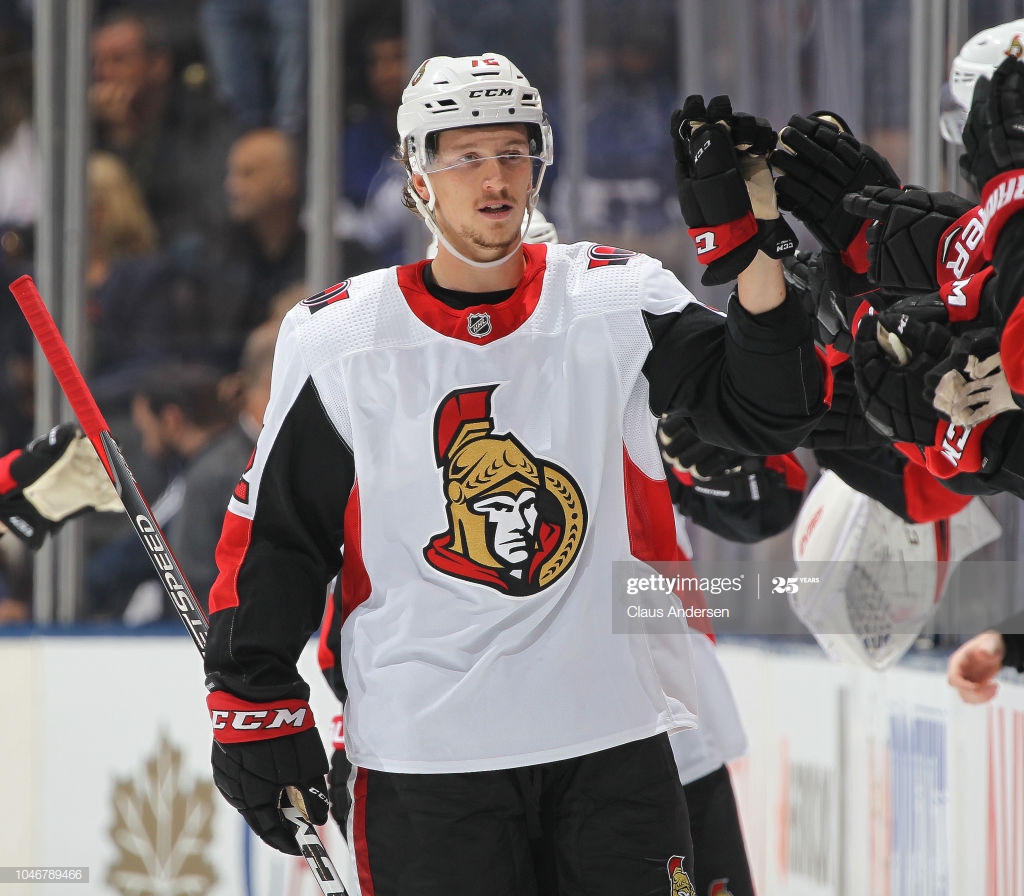 2019-20 was a long season for Sens’ fans even though it was cut short, and the team lost a lot more than they won. With that said, here’s our breakdown for how each position group performed on the team this season. This report card will focus on the defense, you can check out the forwards here. Let’s get into the defense.

Chabot was clearly in a class of his own on the team’s blueline this season and this report card reflects that. He was the team’s best player for many games this season, logging heavy minutes, and the signing of his big contract has given fans hope for the future again. Even with some inconsistent and rough patches, he was able to produce 39 points in 71 games and appears to be improving his two-way abilities. Chabot had a good season and still has room to improve, he gets an A.

Borowiecki did a complete 180° in the eyes of many fans this season. After that weird promotional video with Melnyk amongst other things, many were calling for Boro to be dealt to make way for some younger defencemen on the team. However, after literally stopping a robbery and being one of the most active players on the team in the community, Boro had a great season off the ice. He set career highs in goals, points, assists, led the blueliners in goals with seven, and was his usual reliable, big hitting self on the back end. I don’t know what changed, but this was the best season of Boro’s career.

Reilly was acquired by the team during the season to provide some depth to a blueline that was decimated with injuries. He was effective offensively for the team, scoring 12 points and one goal in 30 games. The problem was more often than not he was a defensive liability on the ice.

Due to that inconsistency in his game he earns a C.

Signed to provide a veteran presence and depth to a young blueline last summer, Hainsey did just that. The problem was, he was slow and plagued by injuries this season. He did not contribute much offensively, but was consistent on a nightly basis. For the veteran experience and consistency, he provided he earns a C rather than a D.

Zaitsev deserves an A simply for just not being Cody Ceci as there was no saving that relationship with Ceci and the fans. Zaitsev was a slight upgrade in that aspect as he wasn’t getting destroyed on Twitter after every game. Zaitsev wasn’t the team’s best defenceman this season and dragged down his partner offensively quite a bit. He was a somewhat steadying presence defensively though and by simply not being Ceci he gets a C.

Goloubef wasn’t expected to contribute much else than being a body for the team this season and he met those expectations. For a team that expected to lose a lot this season Goloubef was good for that role. However, he didn’t show a whole lot that warrants him blocking a spot from a younger player next season. Goloubef was claimed on waivers by Detroit in February.

Englund was similar to Zaitsev this past season. Was steady but didn’t provide much to the blueline. He didn’t contribute much offensively and had very few memorable big plays or hits defensively.

Brännström’s time in the NHL warrants a D but thankfully he showed his true potential when he returned to the AHL. Brännström didn’t look ready to be playing in the NHL at the start of the yea, reflected by his results on the ice. For that reason he earns a D, but the arrow is still pointing up when it comes to his future expectations.

The blueline featured a lot of subpar play this season as it was plagued by injury and some slow legs. However, this should hopefully be the last season fans have to worry about that as there are some very promising defensive prospects that should be joining the team very soon. As far as the 2019-20 season though, just like the team’s season as a whole, it wasn’t great.