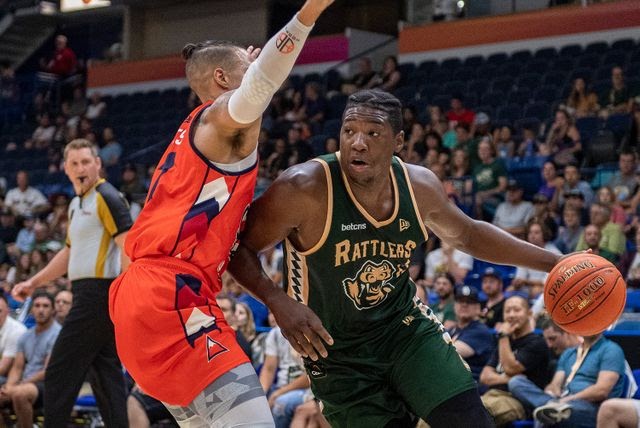 The Ottawa Blackjacks, since being awarded a team in the CEBL have been very busy. From having their first press conference in November, to building their staff and roster early on, to making the headlines from signing groups of Canadian players. Adding to their Canadian depth the team signed Toronto native Shaquille Keith on Friday. Keith isn’t new to the CEBL as he played in nine games in 2019, split between both Saskatchewan and Hamilton where he averaged a total 12 points, 4 rebounds, 3 assists and 1.8 steals a game in 25.3 minutes.

From the looks of his CEBL career he has been able to make a name for himself over the past year or so, but he’s also been a part of a few more teams. His University career at Cape Breton, playing in 20 games in the 2013 season racking up a total 12 points and 3.5 rebounds a game helped make an impact on his pro career. Going on to play in the Canadian NBL and Liga Sudamericana in South America along with the 2019 season in the CEBL. He was able to even get drafted by the Toronto Raptors NBA G League team the 905 Raptors in the 5th round of the 2015 NBA G League draft.

From what he’s accomplished over the span of his basketball career and still at a young age of 26 years old, Shaquille has a chance to play a big role as a 6’8 guard in Ottawa. When asked about Keith, head coach Osvaldo Jeanty commented, “We are happy to have Shaq as part of our team. He brings experience and he has shown that he is a winner at this level. More than anything, he is a competitor and he plays with a chip on his shoulder which will mesh well with the culture of our team.”

Jeanty shows excitement in having Shaquille Keith a part of the Blackjacks organization, and Keith has the same level of excitement towards his next opportunity saying, “I am very grateful for this opportunity to play for a brand-new franchise with a wide range of high-level talent. The organization and coaching staff give me the outmost confidence that my abilities on the court and my competitive nature will fit right into the Ottawa BlackJacks culture.” So in all, Ottawa Blackjacks fans and Ottawa basketball fans should be just as excited to watch Keith this CEBL season as he tips off his career at TD Place.