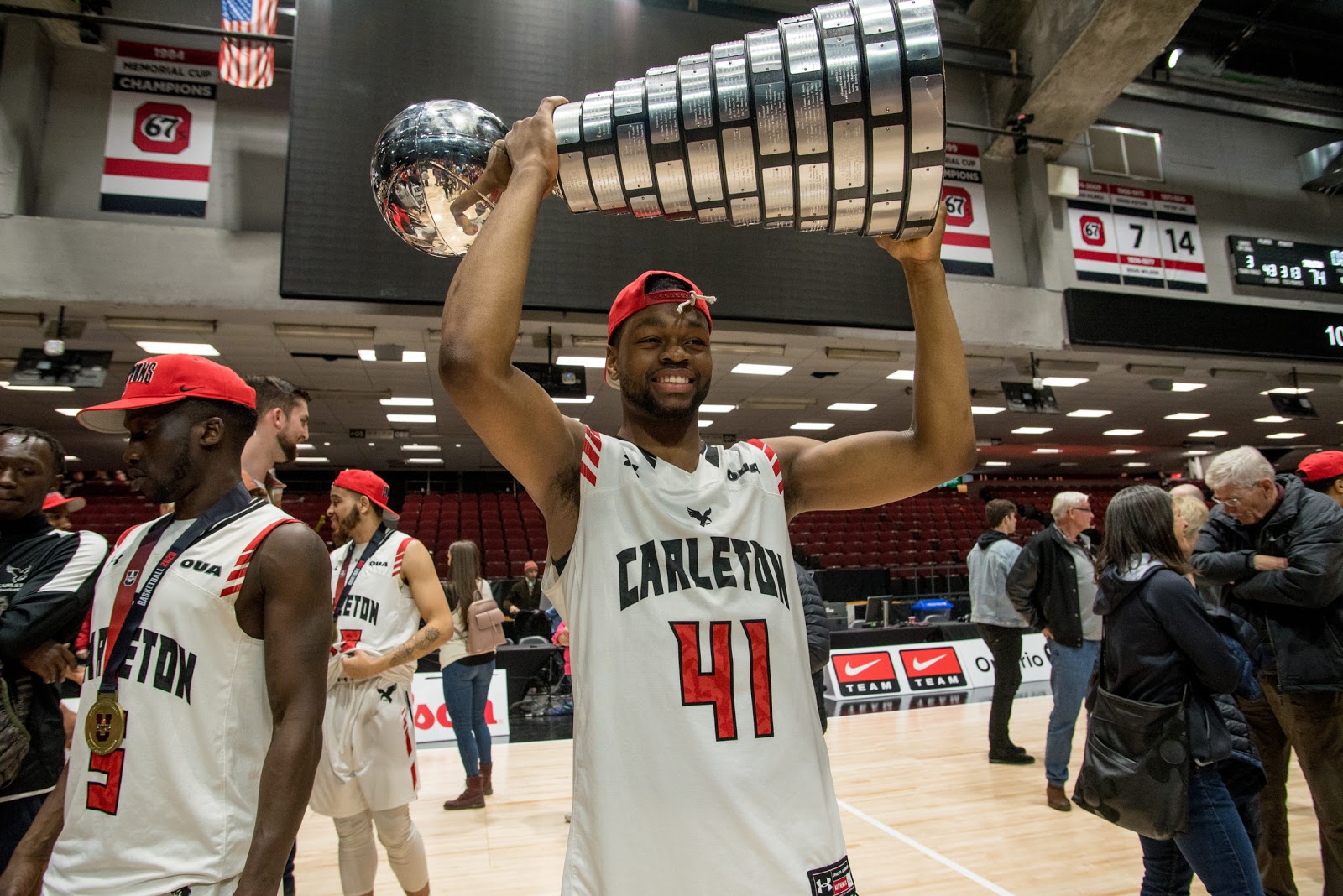 Over the past 18 years the Carleton Ravens men’s basketball program has won 15 National Championships and they’ve shown just how talented their team is. However, the question is can that talent win at the professional level too? In this year’s CEBL Entry Draft, the Ravens saw 4 of their players start professional careers and now have the chance to prove that they can win at the pro level as well.

Of the 4 Ravens drafted, 3 are staying in the city of Ottawa to play for the Blackjacks. Starting with first overall pick Tajinder Lall, the 6’6 power forward played a total 92 games in his 5 years of eligibility with the Ravens. In his time he averaged 7 points and 3.4 rebounds in 17 minutes, helping lead Carleton to 4 National Championship wins.

Along with Lall, Ottawa native Lloyd Pandi had the opportunity to win the 2019-20 National Championship at TD Place. In what was his only full season playing for the program, Pandi the Ashbury College star point guard averaged a total 16 points, 5.8 rebounds and 1.8 assists a game earning himself the U-Sports Rookie of the Year award. Lall, being picked number one overall shows a lot of potential and has a bright future ahead of him with the Blackjacks but Pandi could be the steal of the 2020 draft. Pandi, showing off the way he did last season and with remaining eligibility left with the Ravens, he could develop into a star player alongside Jean-Pierre Charles.

With the last selection of the team’s first-ever draft, the Ottawa Blackjacks drafted Alain Louis. Like both Lall and Pandi, his eligibility in the CEBL is developmental, meaning he can play for Carleton and the Blackjacks in the same year. Louis being from Montreal originally will be close to home once again playing for the Blackjacks and just like his opportunity with the Ravens, he looks to shine. In 45 games with Carleton he scored just under 8 points a game, playing his best basketball in the 2019-20 season where he helped lead the team to the Championship win with an average 11 points a game on top of his 2.4 assists and 2.2 rebounds. If everything works out well for Louis, he has the chance to play a big role for the team moving forward in his basketball career.

Alain Louis has that chance to play a big role for the Blackjacks, as does anyone playing for the team. Coming close to their inaugural season, Ottawa has a total of 6 former Ravens on the roster and with 4 roster spots to fill there might be more so stay tuned to see how these Ravens careers pan out in the CEBL. and to see who else might join them. You’ll be able to find all this information out at your number one Blackjacks news source, 613 Sports Blog.