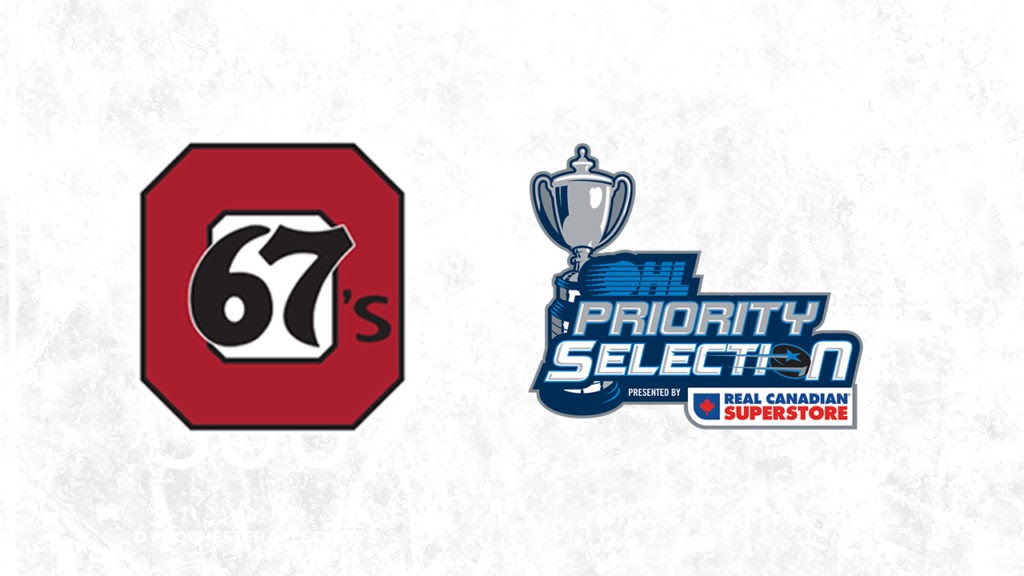 The Ottawa 67’s were delighted when Nicholas Moldenhauer was still on the board at the 20th pick. Not even the consensus number one pick, Adam Fantilli. would have stopped them from picking Moldenhauer, Andre Tourigny said on TSN 1200 Monday morning. With the Toronto Titans last season, Moldenhauer scored 23 goals and added 16 assists in 33 games, and added six more goals in seven playoff games.

“I’m definitely super pumped. I was meeting with a few OHL teams prior to the draft, and Ottawa definitely put a dent in my mind. Their presentation was amazing and it was definitely a spot where I would love to end up, probably one of my favourites,” said Moldenhauer.

“I look at myself as a 200-foot player who sees the ice very well. I think my play-making ability is good, I find plays well, and I move the puck well. I can definitely bury the puck,” he said.

Moldenhauer isn’t a big player by any means coming in at 5’11 and 161 pounds, but having forwards capable of scoring is going to be important for a 67’s squad losing the amount of talent they will have this offseason.

I am fairly confident that Moldenhauer will be on the roster next season, and when Kenny Walls was asked that question by a fan on Twitter, he gave this response:

Ottawa 67’s general manager James Boyd was thrilled to see Moldenhauer still on the board at the 20 spot.

“Nicholas is a player we have coveted all year. He possesses a high end hockey sense and competitive level who can play the game fast at any forward position. We are excited to see Nick in a barber pole jersey,” said Boyd.

Overall, I am excited about this pick. We should see Moldenhauer grow into a key piece for this 67’s franchise in the future, and hopefully he can be one of the cornerstones of a Memorial Cup run.

When Andre Tourigny was on TSN 1200 Monday morning, he shared that the plan was to draft a defenceman in the second round, but Brady Stonehouse made them think twice about that.

The 5’9 winger scored 54 points in 32 games during the regular season with the Elgin-Middlesex Chiefs of the MHAO, and added another 29 points in just 16 playoff games.

“It feels good. I’m very excited and honoured to be a part of a great organization. I can’t wait to be in an Ottawa 67’s jersey,” said Stonehouse.

Stonehouse has been described as playing with an edge. As far as his goals for his age 16 season, simple. Make the team as a 16 year old.

The general manager of the 67’s had some high praise for his second round pick.

“Brady is one of the fastest skaters in the draft. He has quick hands and his aggressive style is very difficult to play against. 67’s fans will enjoy the effort level he brings to each game,” said Boyd.

Andre Tourigny mentioned on TSN 1200 how lucky they were to have Thomas Sirman land in their lap after straying away from the plan in the second round.

Sirman isn’t much of a goal scorer or a point getter, evident by his one goal and 15 assists in 33 games with the Toronto Jr. Canadiens in Minor Midget last season. Sirman describes himself as a “two-way defenceman with good skating and high hockey IQ, and plays with an edge.”

“I have only heard amazing things about the city of Ottawa and the 67’s organization. I can’t wait to get to Ottawa and meet everyone,” said Sirman

Sirman isn’t the biggest player out there standing at 5’10, and would be one of the only players on the 67’s defence under six feet tall. As we have seen in the past, however,  being small in the OHL isn’t that big of a deal.

“Thomas is an excellent mobile skater who moves effectively up the ice. Thomas’ style fits in well with our existing defence corps,” said Boyd of his third round pick.

Matthew Mayich is the second defenceman drafted by the 67’s in this draft, but Mayich is a little bit bigger than Thomas Sirman. Standing at six foot even, Mayich appears to be the prototypical 67’s defenceman. Mayich scored 26 points in 33 games last season with the Hamilton Huskies, including seven goals.

“I want to thank the Ottawa 67’s for selecting me. It’s such an honour to be chosen by a top notch organization. I am a hard working, patient puck-moving defenceman. I like to jump up into the rush when possible, but I’m not afraid to play physically. I’m looking forward to working hard in Ottawa,” said Mayich

It’s no guarantee that we see Mayich in the barber pole next season, and the same could be said for the rest of the players on this list, but Mayich seems like a player with some upside that could become an important member of the 67’s sometime down the line.

Judging by the numbers, Couchie won’t be a goal scorer or a point getter for the 67’s, but could be the kind of player who gets under your skin and makes the game harder. Couchie scored only 14 points in 32 games with the London Jr. Knights last year, and recorded 44 penalty minutes.

Aiden Puley is one of the many members of the Toronto Jr. Canadiens to be drafted by an OHL team this draft, but he is the first for the 67’s.

With the Junior Canadiens last season, Puley scored 22 points (11 goals and 11 assists) in 29 games. He seems to have a good mix of goal scoring ability and play making ability, making a solid all round player.

If Puley turns into anything, the 67’s will have made a solid pick with the 100 spot. Some picks that the 67’s have made in the fifth round include Sam Bitten, Ben Fanjoy, Nathan Todd, and Matthew Maggio. If Puley could produce like one of those players, the 67’s would be happy.

John Henry, also known as Jack Henry is a six-foot even defenceman who produced extremely well offensively with the Rochester Selects Midget team, but also produced really well with his high school team.

Henry, at least on paper, appears to be a very talented offensive defenceman who scored plenty of points in U15 hockey in Rochester. If Henry can ever get to the same level in the OHL, he would be a massive steal for the 67’s, who have had some great defencemen in the past. Could this be their Noel Hoefenmayer replacement? I wouldn’t expect that right away, but Henry does appear to have all the tools to become a true force to be reckoned with at the OHL level.

The first goalie of the draft for the 67’s is Colin McKenzie from the Waterloo Wolves. McKenzie comes in at 5’9, and is a smaller goalie.

You can’t just look at the stats for a goalie, especially in minor hockey for a multitude of reasons. The number one reason for me is because you don’t know how reliable the person keeping track of the shots on goal is, or if they change the numbers to make the goalie look better or worse. It is easier to change this kind of thing then it is to change who scored or got the assist.

For me, McKenzie is going to be a wait and see prospect as most goalies are. He could have a chance to make the roster if one of Cedrick Andree or Will Cranley is dealt during the season, but I would expect that he is playing ‘Jr. A’ or ‘Jr. B’ next season before getting a chance in a later season.

Will Gerrior spent last season scoring goals and putting up points for the Ottawa Jr. Senators at the U18 ‘AAA’ level. He scored 29 goals in 45 regular season games, and added five more goals in three playoff games.

Gerrior is a smaller forward, but 67’s fans are used to seeing this by now. Standing at 5’8 and 150 pounds, Gerrior certainly has the goal scoring ability to make the 67’s better in the future, but he will need to adapt to the OHL game.

Cameron Korpi is the second goalie selected by the 67’s in this draft, and much like Colin McKenzie, his numbers are solid, but you can’t look at them as facts 100% of the time.

Korpi backstopped Detroit Little Caesars to the tune of a 1.83 goals against average and a .916 save percentage. These numbers are solid given that they are 100% accurate.

Derek Smyth stands at 6’3 and 181 pounds, a big boy compared to many members of the Ottawa 67’s. Smyth played last season with the Niagara North Stars in Minor Midget.

The left shot defenceman scored 21 points in 28 games, including 4 goals. The 67’s probably won’t be counting on Smyth for goals, and if he does find himself on the team, he would likely fit the defensive defenceman role.

Maddox Amaral has the chance to continue being a teammate of Brady Stonehouse, who the 67’s drafted in the second round. Amaral found the back of the net 19 times last season with the Elgin-Middlesex Chiefs while adding 20 assists in 33 games.

Ryland Landon spent last season with the Pembroke Lumber Kings and stands at 6’1. Landon scored 14 points in 44 games with the Lumber Kings, and appears to be more of a defensive defenceman.

Shane Bondy is a 5’11 winger who scored 22 points in 33 games last season with the Barrie Jr. Colts. It is highly likely that Bondy will be back with the Jr. Colts or another ‘Jr. A’ or ‘Jr. B’ team next season.

The final pick of the draft was 5’11 defenceman, Seamus Powell. Powell scored 48 points with the Rochester Selects last season, and it will be interesting to see if he can produce at this same level as he continues to play in the higher levels.

The 67’s selected three players in the U18 draft on Wednesday afternoon.