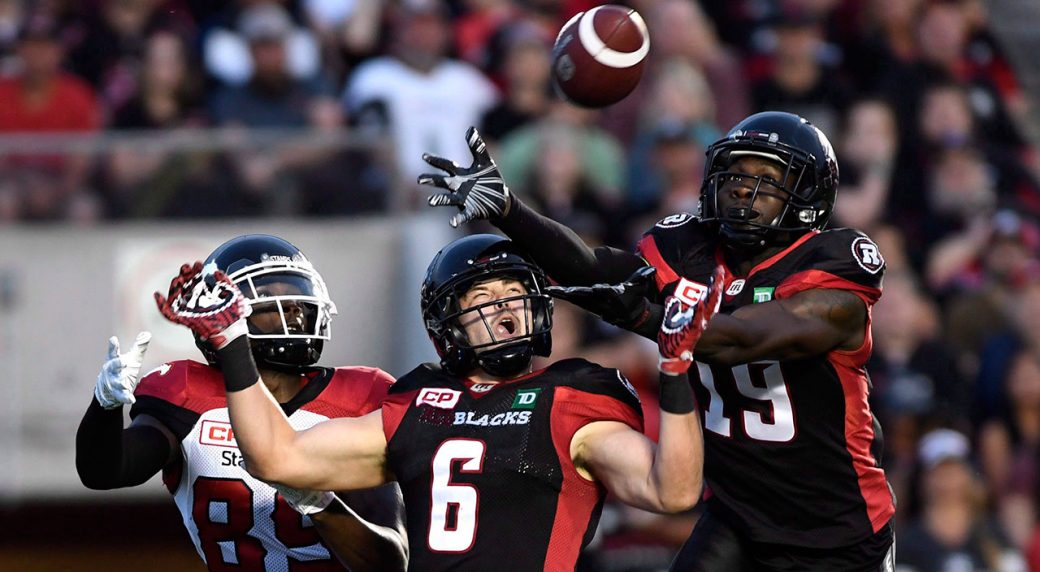 Getting after the Quarterback is what Ottawa missed last season on defense and they made it a priority heading into the first day of CFL free agency.

The Ottawa Redblacks wanted to help bolster the defensive line and they did that on the first day of free agency. Cleyon Laing, who has spent six of his seven CFL seasons in Toronto, is coming back to Ottawa. Laing was a member of the 2016 Grey Cup championship team. Finishing the 2020 season with 7 sacks, Laing is joining a defensive line featuring Avery Ellis and Micheal Wakefield who combined for 11 sacks in 2019. Danny Mason is also coming off of a season that only saw him play two out of the possible 18 due to injury.

The linebackers group got a little bit more feisty on Tuesday when they announced that Don Unamba, who had 7 sacks for the Edmonton Eskimos last season, will be joining a group that features Avery Williams, Jerrod Fernandez and saw Kevin Brown II sign hours before free agency opened up. Christophe Mulumba Tshimanga, who has been a reliable special team player over his three seasons in the CFL, can also get at the quarterback from the linebacker spot.

We are still not sure if Mike Benevides will play with a 3-4 or 4-3 defensive system, but what we do know is that they will be hungry for the opposing quarterback. The Ottawa REDBLACKS have the chance to field the most dominant front 7 #RNation or the CFL has seen since entering the league in 2014.

The Ottawa REDBLACKS secondary was as good as the front seven allowed them to be in 2019, and it wasn’t very good.

Desjardin was bringing some original mojo back to the nation’s capital on February 11, when it was announced that Abdul Kanneh will be returning to the Ottawa REDBLACKS in 2020. Kanneh joins a stacked secondary, filled with returning players from 2019 with Corey Tindal, Antonie Pruneau, Justin Howell, Sherrod Baltimore, as well as Randall Evans who also signed to stay with the REDBLACKS heading into the season.

This secondary is filled with ballhawks who have a great ability to make plays. Bringing back Kanneh helps solidify the boundary side of the field, forcing quarterbacks to throw to the field side creating havoc. It will be interesting to see how Benevides uses Pruneau and Howell as they are both Canadian and shown that they could also play down as a defensive back proving to be versatile.

Overall, this defence is poised to dominate opposing offenses in 2020 along with being one of the most complete defenses that RNation has seen since coming into the league in 2014. Training camp will be interesting as we get our first look at Coach Benevides and Coworking on schemes and formations. It will be a competitive and physical camp with multiple spots open for grabs with a lot of returning players. I believe this defence could lead the league in all aspect helping lead the REDBLACK back to a Grey Cup.

Thanks for reading, Follow for all REDBLACKS news @shane_ryan97