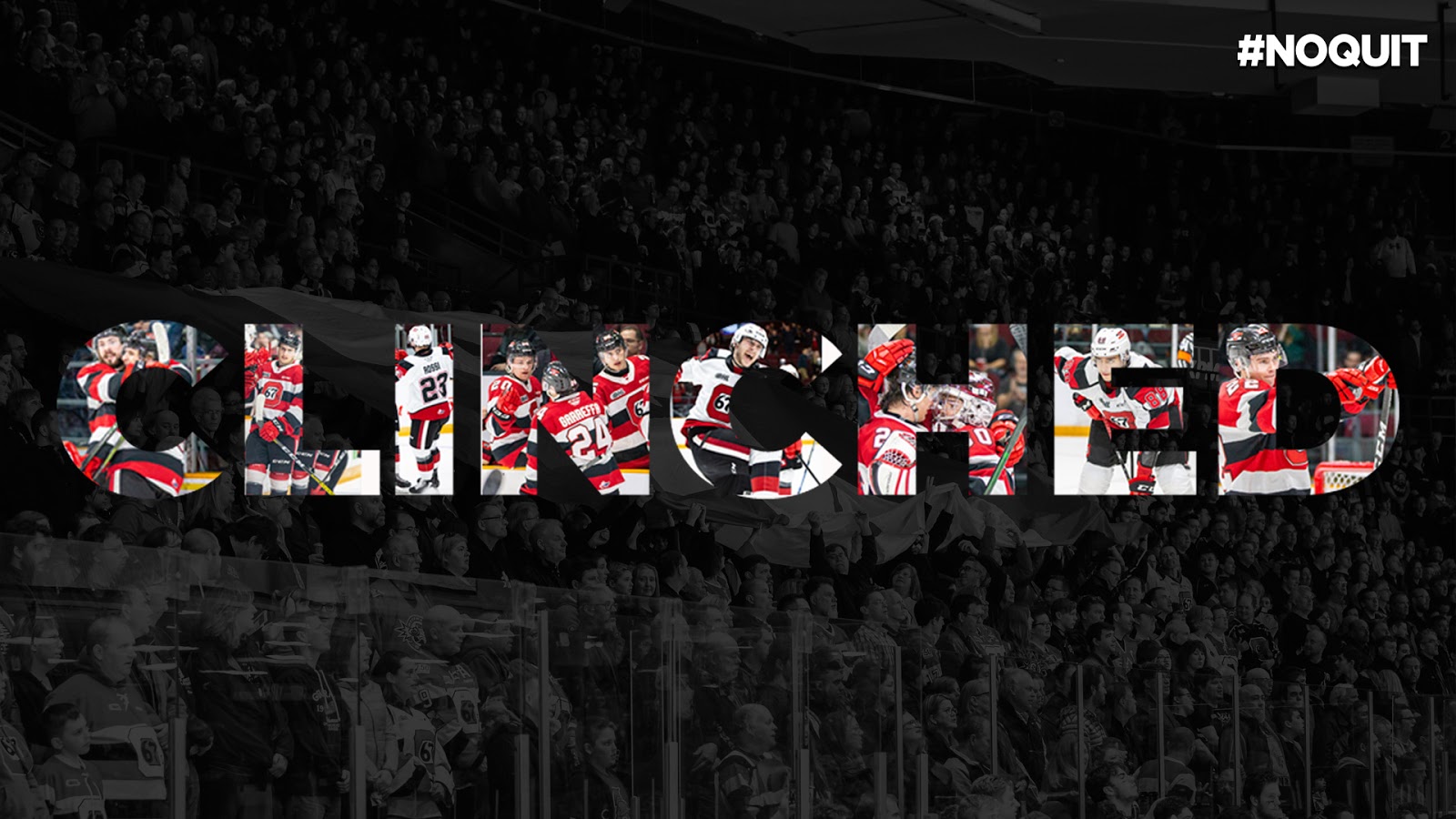 It wasn’t pretty this weekend, but the Ottawa 67’s swept the weekend. This weekend, however, was even sweeter than normal. Let’s get to the review

@Niagara: This game was so much closer than it should have been in my opinion. The 67’s would, however, score the first goal of the game. It was the newest member of the 67’s, Daylon Groulx, tapping the puck into the open net just 1:59 into the game. The IceDogs would respond just over five minutes into the second period. It was Jackson Doherty deflecting a point shot behind Will Cranley and into the net. Early in the third period, the 67’s would score two quick goals. Jack Quinn scored on a nice pass out front from Mitch Hoelscher, and Noel Hoefenmayer wired one passed the Dogs netminder, Christian Sbaraglia. The IceDogs would score a goal late in the game, but it wouldn’t matter. The 67’s win this game 3-2. The game was close, but I picked the 67’s to win, improving my record to 34-10.

@Hamilton: This was once again a game that was closer than I had originally anticipated. The 67’s would again score the first goal of the game less than five minutes into the contest, and this time it was Austen Keating scoring his 22nd of the year. Keating has been huge all year long, and I didn’t realize how important he was to the team until he was injured. It is undeniable that he is one of the better over agers in the entire OHL right now. The Bulldogs would swiftly respond with two goals of their own scored by Liam Van Loon and Logan Morrison. It was at this point the 67’s took over. Daylon Groulx scored his second in as many games and tied the game. In the third period, the 67’s added three more goals. Marco Rossi, Nikita Okhotyuk, and Jack Quinn all scored in the third period to give the 67’s a 5-2 lead they would not relinquish. The 67’s win, and my predictions record improves to 35-10

Vs. Sault Ste. Marie: After a day off to travel back to Ottawa, the 67’s would face the Sault Ste. Marie Greyhounds, the third team named after a dog on the weekend. With the way the rest of the league played out, it would only take a 67’s win to clinch a playoff spot. It was really just a formality as it was clear the best team in the East, with a 17 point lead on the second-placed team was going to make the playoffs, but it would be nice to have that spot locked up. Ottawa would score the only goal of the first period on a five on three power play just 2:49 into the game. The next goal didn’t come until the midway point of the second period when Zack Trott scored for the Greyhounds to tie the game at one. Again, the 67’s took over. They scored four unanswered goals scored by Jack Quinn, Noel Hoefenmayer, Marco Rossi, and Jack Quinn again. Up 5-1 with less than 30 seconds to go, the Greyhounds scored to make it 5-2, and that is how it ended. The 67’s won, and my predictions record fell to 35-11, but the Ottawa 67’s have clinched a playoff spot! Here are the highlights.

@Hamilton: For the second time in as many weeks, the 67’s will travel to Hamilton to take on the Bulldogs. The last meeting was fairly close and Ottawa allowed Hamilton to hang around for a lot longer than they should have. This time around, I see the 67’s dominating this game. The 67’s shouldn’t underestimate the Bulldogs this time, and we should see the 67’s take the game to Hamilton.  I’ve said it numerous times that this point, but the 67’s are better than the Bulldogs in every aspect. This game shouldn’t be a contest, but it was the last time. With the situation, I fully expect the 67’s to come out firing and beat the Bulldogs easily by a score of 6-3.

@Peterborough: The Petes have been really bad as of late, and because of that, they have fallen 17 points behind Ottawa having played four more games. The Petes have given the 67’s fits this year, and they are the only team to beat Ottawa since November 8th. The 67’s need to win to prove to themselves that they can beat Peterborough. Despite the Petes recent struggles, there is still a good chance the 67’s and Petes could meet in the Eastern Conference Finals when it rolls around. There is still reason to believe that the Petes can beat the 67’s when the games count. This game might not be crucial in the grand scheme of things, but the 67’s would like to have this one for confidence. I see the Petes taking this game, however. I think it’s going to be a close game that goes to overtime, but the 67’s fall 5-4 after Hunter Jones bails the Petes out. A detailed prediction for this one!

Vs. North Bay: The Battalion are by far the worst team in the Ontario Hockey League, and have only won 11 games on the year. The last time these two met, I picked the 67’s to score ten. Not much has changed about the two since then. The 67’s are still scoring the most goals, and giving up the fewest, and the Battalion are still scoring the fewest and giving up the most. Once again, this game has 10-0 blowout written all over it. It would take nothing short of a miracle for the Battalion to win this game, and I don’t think there is a chance that it is even close without one. The 67’s are going to win this game 11-0 because in the time it took me to write this paragraph, the Battalion were being scored on again. At least they have cool jerseys.

Another week in the books, and the Ottawa 67’s have clinched a playoff spot. It doesn’t seem like it will be long before they clinch the division, the conference and then the regular-season title. As always, be sure to follow me on Twitter @FrankieVideo.