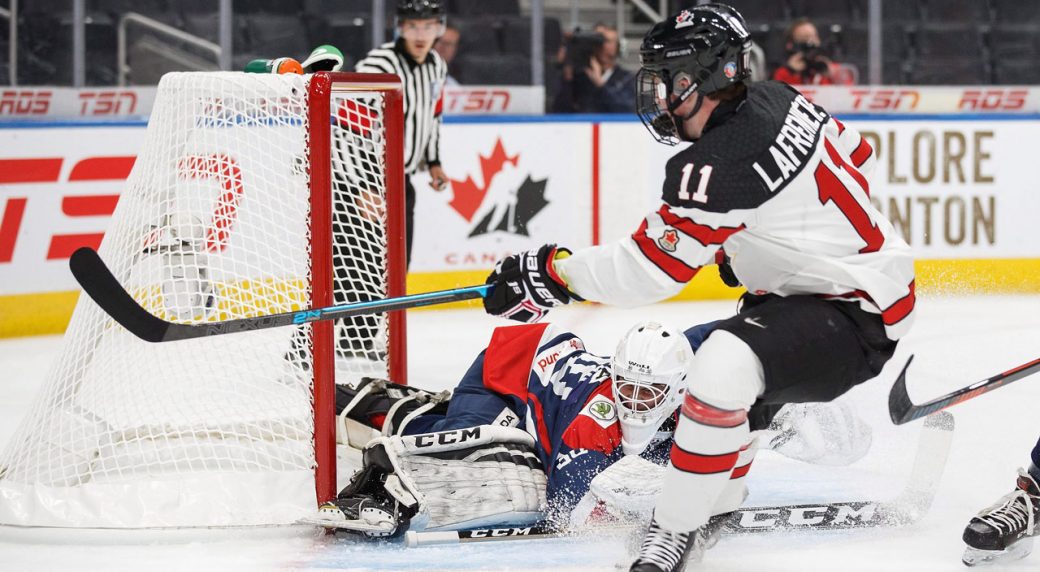 It’s Christmas time once again, and with that comes the World Juniors! While the Sens are a more competitive team this season, it has still been a long year with a lot of losing. This tournament provides Sens’ fans with a chance to see some of the team’s top prospects. This year’s tournament also features an insane amount of draft eligible players that could very likely become members of the Sens’ organization this June.

Jacob Bernard-Docker, the Senators’ 2018 first round pick, will be a member of team Canada this holiday season. JBD has been playing in the top four for Canada in their pre-tournament games. JBD appears set to play a solid role on Canada’s blueline. He isn’t usually a very flashy player, but he can serve as a steadying presence for team Canada and play some very big minutes this tournament.

Shane Pinto, the Senators’ 2019 second round pick, will be a member of team U.S.A. this tournament. Pinto, who was originally viewed by some as a long shot to make this team, appears set to play a big role in this tournament. Pinto even centered the first line for the US in one of their pre-tournament games. He will be interesting for Sens’ fans to watch as many were less than happy with his selection at the draft.

Lassi Thomson, the Senators’ 2019 first round pick, will be a part of team Finland. Thomson was actually announced as the captain for Finland this tournament.

Thomson has been putting together quite the highlight reel in Finland this season. He is set to play a huge role for team Finland. Without a doubt, Thomson is the Sens’ prospect I’m most excited to get a look at this tournament.

This tournament is looking like a perfect storm for Senators’ fans. As of December 24th, the Senators currently hold TWO top 10 picks for the 2020 NHL draft. In addition to this, the 2019-20 World Junior tournament is set to feature a record amount of 2020 draft eligible prospects. Here are the countries and players fans should be keeping an eye on in this year’s tournament.

Alexis Lafreniere and Quinton Byfield are currently projected to be selected first and second overall in the 2020 draft. Both are set to play in team Canada’s top 6 to start the tournament. Team Canada is going to be of higher interest than usual for Sens’ fans this year.

Lucas Raymond and Alexander Holtz are also both projected top 10 picks and will play for team Sweden this year. This tournament will give Sens’ fans a chance to get a look at these two highly touted prospects that they may not be familiar with.

While Russia is not known for playing draft eligible players in this tournament, they may not have a choice this year. Yaroslav Askarov is currently projected as a top 10 pick and has been touted by some as the best draft eligible goalie since Carey Price. While the Sens’ have spent a lot of capital on goalies recently, Askarov may be a franchise changing goaltender.

Tim Stuetzle is more of an underrated prospect by many in this year’s draft. He figures to play a big role for Germany, and is going to surprise a lot of people this tournament. He very well could be a member of the Senators come June and is someone Sens’ fans should take the opportunity to get a look at.

Overall, it is shaping up to be a very exciting tournament for Sens’ fans this holiday season. There will be many different players and storylines to watch. It is finally the best time of year once again, and I can’t wait to see what this tournament has in store. Happy Holidays from all of us at 613 Sports and thank you for your support this year!