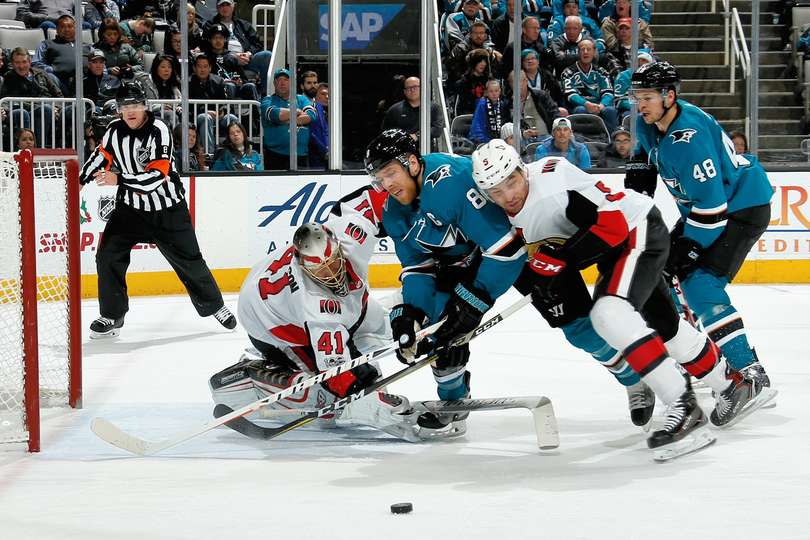 Following the Senator’s embarrassing loss to the San Jose Sharks they have now lost 11 of their last 12 games. Simply put, enough is enough. This recent stretch of lackluster games from the team has reached a point of pure embarrassment and something has to give. The Sens simply can’t continue like this, losing streaks happen during the season that is a given but, for over a month now the Sens have shown nothing to give fans any hope and Saturday’s embarrassing effort was simply enough. Something needs to be done to wake this team up. With every loss the Sens fall farther and farther away from the playoffs, this is supposed to be a team with very high playoff expectations following last year’s success. So the question is what’s wrong with the Ottawa Senators? At this point in time I could write an entire essay on what this team’s problem is. However, for the sake of time, I’ll keep it brief.

One of the largest problems facing the Ottawa Senators right now is a stubbornness from Guy Boucher to change his lineup. Constantly icing the same lackluster lineup on a nightly basis simply isn’t working and Boucher refuses to make changes. First of all, there is no reason Gabriel Dumont should be playing on a nightly basis especially on a line with the team’s most pure goal scorer in Mike Hoffman. In 6 years in the NHL Dumont has amassed a grand total of 8 points, and this is the player they deem is a good fit to play with arguably the most naturally offensive gifted player on the team. Dumont was waived by Tampa Bay, a Stanley Cup contender because they didn’t think he was good enough for what they’re trying to do so why do the Sens think he is good enough to play on a nightly basis here in Ottawa? Another baffling decision that I simply can’t wrap my head around is Boucher being adamant about constantly playing Johnny Oduya. Sens fans finally thought we were seeing a change once Thomas Chabot was brought into the lineup, however it was all for not as it came at the expense of Freddy Claeson. The part that just boggles my mind about Oduya constantly dressing is, not only is he a detriment to the team but the more Boucher plays him the more he will get paid. In Oduya’s contract there are bonuses for him playing 41 games ($250,000), 65 games ($250,000), and top 5 TOI ($250,000). So it just baffles me that someone could possibly think it’s a good idea to play a washed up veteran defenseman who is costing you more by the game then to play a younger, superior player. Now there are many other lineup decisions that could be and will be scrutinized such as Chlapik and White not getting a look in the NHL over players like Burrows and Dumont, however that article will be coming in the future if the Sens stay on this free fall in the standings.

Questionable lineup decisions and roster moves are not the only thing holding the Sens back. Anyone who has watched the team consistently over the last month and a half can tell the only player who consistently seems to actually care right now is Mark Stone. Now I’m not in the Sens locker room so I can’t speculate on Boucher losing the team or players not caring anymore because I’m not there. However, the stats don’t lie. All key Sens players have just stopped contributing, Duchene only has 4 points in his last 14 games, Brassard hasn’t scored in 20 games, in his last 12 games Karlsson has 1 point and is a -16,  and Bobby Ryan and Zach Smith each only have 1 goal all season. The Sens don’t have the roster depth to push through these kind of slumps. Now that is in part to blame on the creation of this roster and overpaying for passed their prime, 4th liners. If the Sens have any hope of saving this season they need their core players to step up. If the Sens don’t wake up and turn things around soon this season will be a lost cause by the New Year.

One thought on “System Failure”