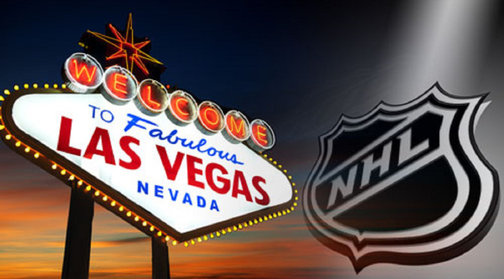 The Senators came painfully close to their first Stanley Cup Final birth in a decade. They were one shot away and that game 7 double OT loss is going sting for years to come. However, if they follow my off-season plan it may help reduce the heartache. The Senators are on the brink of success however, their window is small and they must act now. The Senators simply can not stand pat, they must make moves to bolster the roster and support Karlsson this off-season. If the Senators are serious about their “win now” motto then this summer will be huge.

The expansion draft will be a huge talking point for the time being and it is crucial to this franchise’s future success. (Link to expansion draft rules for those who are unfamiliar with them: https://www.nhl.com/news/nhl-expansion-draft-rules/c-281010592 ) To briefly summarize the rules: teams will be able to protect either seven forwards, three defensemen and one goaltender or they may choose to protect eight skaters (forwards/defensemen) and one goaltender.

The sens should and most likely will go with the first option. Obviously the goaltender the sens should protect is Craig Anderson which would leave Mike Condon (if re-signed) and Andrew Hammond exposed to Vegas. Neither is likely to be taken as there are much better options that will be available.

Along the blue line is where things start to get difficult. The sens have 7 defensemen that are eligible to be taken in the expansion draft. I’ll get the easy one out of the way, there is not a chance in hell the Senators leave Karlsson exposed. That leaves them with 2 slots for 6 remaining defensemen. As you may know Dion Phaneuf has a no move clause in his contract and therefore he has to be protected or the club will need his permission to expose him. If I’m Pierre Dorion I’m hard selling option 2. Phaneuf’s contract would most likely be considered “untouchable” by Vegas. So, if I’m Dorion this is what I’m pitching to Phaneuf and also that if he waives this allows the sens to basically protect 4 defense and keep their core on the backend together. The same defense that shut down the Bruins, the Rangers and nearly the Penguins. With the 2nd of the 3 spots I would protect Marc Methot. Marc has been a rock solid option on the sens blue line for years now and has made one of the league’s better pairings with Karlsson. So in my opinion it is a no-brainer to protect him even if his contract is a little hefty. With my final spot things become very circumstantial. My 3rd spot is contingent on a potential Cody Ceci trade that I will be suggesting later in the post. However, for the purpose of this piece assume Ceci has been dealt. In this case scenario my final defenseman being protected is Freddy Claesson. Freddy is arguably the sens 3rd (potential to be 2nd) best defensemen. Claesson is the player the Senators think Ceci is. What I mean by that is the franchise and coaching staff seem to think Ceci is a young stud two-way defensemen however, while Ceci is getting pummelled by opposing forwards on a nightly basis Claesson has been lighting it up. He’s also only getting better (Ceci is 23 Claesson is 24). Ceci has 1 year left on his contract with a cap hit of $2,800,000  whereas Claesson has 1 year left with a cap hit of $650,000. This extra cap space will help the sens in free agency this year and also allow them to re-sign some of their own players. After all is said and done this would leave Dion Phaneuf, Mark Borowiecki and Chris Wideman exposed. In my opinion there’s a 50/50 chance Wideman gets taken, his play in the playoffs hurt his chances as he was practically invisible down the stretch. Even if the sens lose wideman, all it does is clear space for blue-chip prospect Thomas Chabot. Chabot is already better than multiple members of the sens blue line so I predict these moves will make their defense even stronger next year then it was this past season.

This leaves the Senators with their final decisions of the expansion draft: which seven forwards to protect. There are 4 obvious game breaking forwards that should be no doubt protected by the sens: Mark Stone, Mike Hoffman, Kyle Turris and Derick Brassard. All 4 were crucial to the sens success this season and it is likely Stone and Hoffman are even better next year with another season of experience under their belt. With the next spot the most obvious choice is RFA Jean-Gabriel Pageau. If the sens failed to protect JGP it would be a marketing disaster. Pageau is a fan favourite in the city of Ottawa as displayed by the “Pageau, Pageau, Pageau, Pageau…” chants often ringing through the concourse at the CTC. Pageau is also a great depth player for the sens and it would be foolish of them to lose him for nothing. This leaves the Senators with a tough decision, they have 2 spots left and 4 eligible players to protect (Macarthur is exempt from expansion draft). The sens have to choose between Zack Smith, Bobby Ryan, Alex Burrows and Ryan Dzingel. The obvious choice to expose is Alex Burrows as the sens gave him a ridiculous contract last season and Vegas would be doing the sens a favor getting it off the books. This leaves 3 players. I think the sens have to protect Zack Smith, he’s proven he can score when given the opportunity, he’s a great penalty killer and an above average faceoff taker. This leaves the sens a huge decision: playoff monster Bobby Ryan or young “flyin’ Ryan Dzingel”. The sens should expose Bobby, his contract is just too overwhelming and I just don’t think Vegas will take that risk. When Bobby is on, he’s on however, the problem is he can never piece together an extended stretch of consistently good hockey. It isn’t worth the risk for the sens to expose a good young talent in Dzingel.

I know this is beating the dead horse as I’m sure most of you are tired of hearing people constantly dump on Cody Ceci. However, this summer provides the sens with a huge opportunity. If all the analysts are correct and teams truly are making trades left and right the sens need to capitalize on the market. Teams are apparently trying to unload multiple players as they are afraid to lose them in the expansion draft for nothing. This has caused the analysts to predict a crazy summer is coming on the trade market. Now there will be many players available for trade this summer but, the key for the sens is targeting the right one. It is very likely John Tavares, Jonathan Drouin, Matt Duchene and Gabriel Landeskog will be available and some others who are a tier below. The price for Tavares is too high and he will be a free agent next season so I’m canceling him out. Next is Drouin, we’ve gone through this whole fiasco before and it traumatized many sens fans. I’m also crossing off Drouin as I feel Hoffman and Stone provide enough similarities to make it not worth the cost of Drouin. That leaves us with the two Avalanche studs: Duchene and Landeskog. In my opinion this decision is an easy one. The sens already have two great centers in Brassard and Turris however, they are lacking a true big bodied power forward who can drive the net and bury some goals. Landeskog would also help improve our dreadful power play with his net front presence. Landeskog has 4 years left on his contract with a cap hit of $5.571 million. This is definitely affordable for a player of his talent. Now here’s where it gets tricky, what would Ottawa have to give up in return? First of all, Cody Ceci as the Avalanche have a clear need for some young defense. I would also include one of Andreus England or Ben Harpur to help bolster their blue line. Finally, I would throw in a 2nd and if that doesn’t do it I would upgrade the 2nd to a 1st as this year’s draft class is billed to be rather weak so it isn’t a big loss for the sens to lose the pick. To conclude this trade would see Ottawa sending Ceci, Harpur/England and a 2nd round pick to Colorado in exchange for Gabriel Landeskog.

This is part 1 of 3 for my off-season plan. I’m breaking it up into parts as it would be way too long to post all at once. Also this way it keeps a steady flow of posts coming throughout the summer to provide you guys with some content on those slow news days. The next part of my plan will cover the NHL Entry Draft and the third and final post will cover Free Agency.