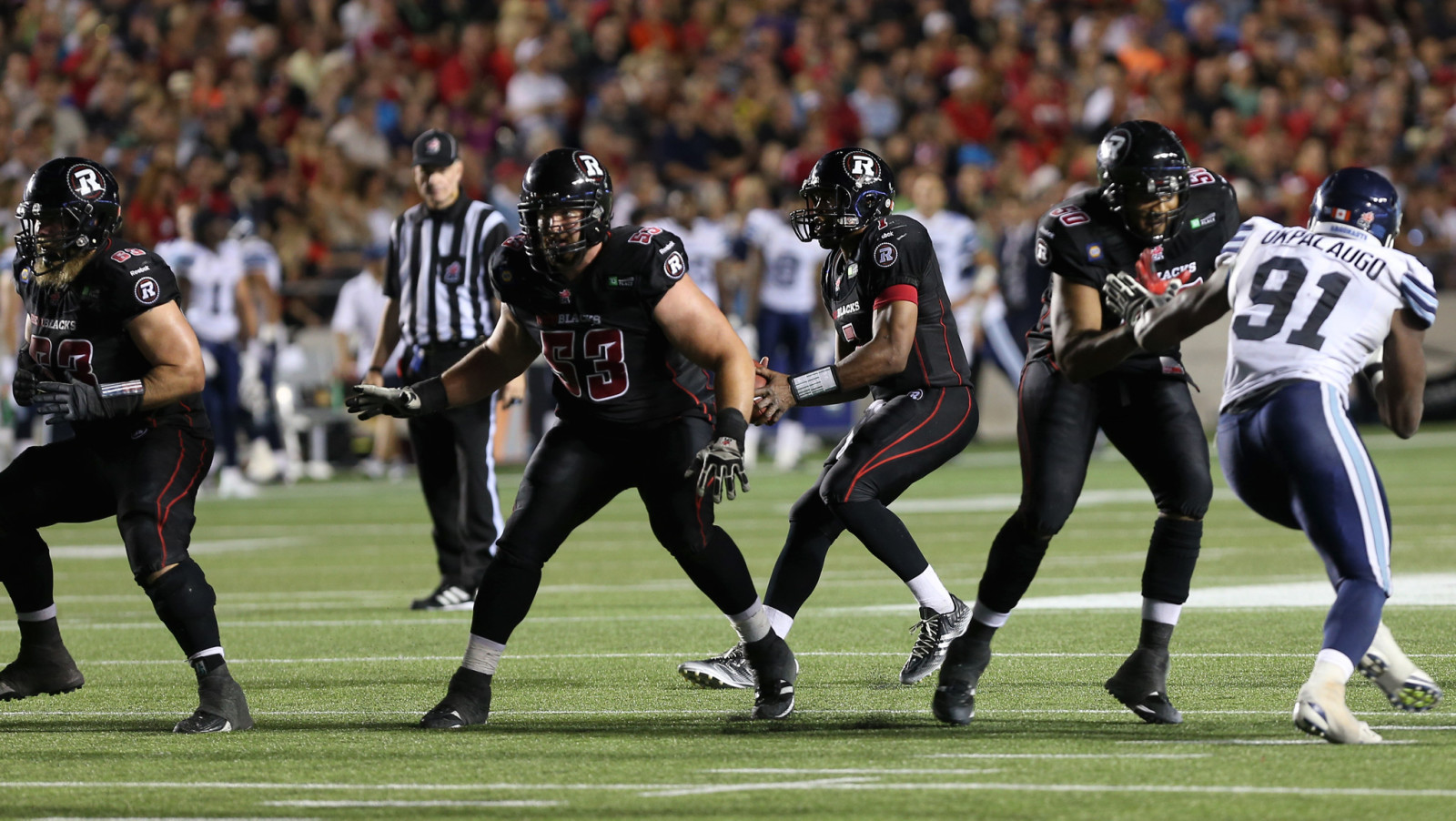 The Ottawa Redblacks currently sit at 2-11, with one game remaining in their season. The Redblacks had moderate expectations to make the playoffs entering this season but could not execute on either side of the ball for the majority of the year and got behind big in many games.

They started the season with an electric win in a close defensive game against the Edmonton Elks, where the Redblacks’ defense dominated. They recorded multiple interceptions and held the Elks in check all game long.

After the first game, the Redblacks would proceed to lose 10 of their next 11 games. Their only other win would come against the Elks in a game where the offense clicked in QB Caleb Evans’ first start, scoring 34 points, their highest output of the season. Their defense also dominated with multiple sacks and interceptions. As a result, the Elks will have the first pick of the 2022 CFL draft and the Redblacks will have the second pick.

The Redblacks faced a lot of injuries throughout their entire roster and they struggled at the QB position at the beginning of the year with Matt Nichols playing with a hurt shoulder.

As a result of their offensive line struggles, the quarterbacks struggled and did not have time to get the ball to their receivers. That led to a lot of two and outs – the Redblacks had the most two and outs in the entire CFL this season by a wide margin – which means the defense spent a lot of time on the field. Their defense was the worst-ranked unit against the pass but the sixth-best unit against the run. Their defense has several talented pieces and they had some dynamic plays: the Redblacks defense ranked fifth in the CFL in sacks with 27 and sixth in the league in interceptions with 12. However, it’s difficult to excel on defense when you’re on the field almost the entire game like the Redblacks’ defense was.

This caused the Redblacks to find themselves in big deficits numerous times this season, which has led to many losses. Nine of their 11 losses were by more than 10 points.

The Redblacks have a decent defense and an offensive unit with numerous skill players like R.J Harris, Devonte Dedmon, Anthony Coombs, and Timothy Flanders. Their quarterbacks aren’t great but Caleb Evans, Devlin Hodges, and Matt Nichols are all reliable with a good offensive line.

Whether it is from the CFL draft or from free agency, the Redblacks need to add several pieces to their offensive line. By training camp next May, they should have plenty of competition at every position on the line, to ensure they can put together the best offensive line next season.

With a good offensive line, the quarterback has time to set up, the receivers have time to run their routes and the offense stays on the field for longer which helps out their defense. All of their quarterbacks struggled under the offensive line this season, understandably so, therefore, with a strong offensive line and a few other key pieces, they should be able to compete for a playoff spot.

Despite going 5-26 over the last two seasons, I don’t think it’s time to blow it up completely. Like I said before, if the Redblacks can get a good offensive line, with the talent they have on the rest of their roster, they can compete for a playoff spot. Also, Redblacks’ Head Coach Paul LaPolice – despite not showing us a lot of positives this season – will be in his second season with the team next year and should be able to get more production from this team, particularly the offense.

The Redblacks did not improve very much on either offense or defense throughout the season. They stayed quite stagnant all year. Their offensive line, quarterbacks, wide receivers, running backs, and secondary all struggled constantly this season, the Redblacks’ offense could never quite find their rhythm and their defense kept giving up a large number of points each game as a result of being on the field too long. However, improving their offensive line and getting more consistent production out of their quarterbacks will fix all this season’s errors.

It will be another long offseason for fans in R-Nation, but with some help on the o-line, they know their team can compete for a playoff spot.

One thought on “What do the Redblacks do after a tough season?”