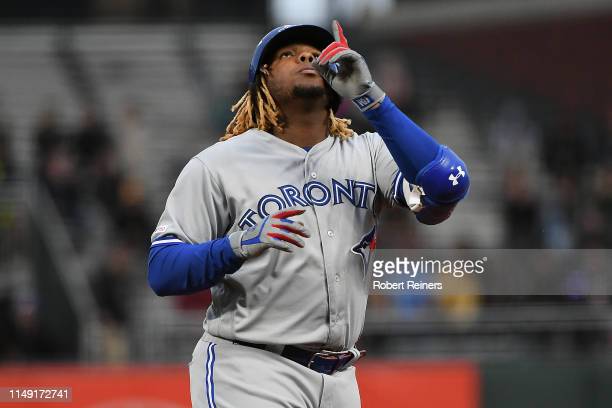 We are just a handful of games out of the 2021 MLB All-Star Game and the Toronto Blue Jays have been… impressive… and disappointing… kind of. Well to be realistic it’s a bit of a complicated case when looking at the Jay’s and there performance so far. After a fairly active offseason acquiring big names such as George Springer, Marcus Semien and Kirby Yates the Jays  were expected to be right up there with the top teams in the American League East. While they haven’t been bad this season, at 50-47 sitting 9.5 games back of the division lead, they have been anything but the divisional juggernaut they were expected to be. There really is more than meets the eye when it comes to this year’s Jay’s team at the midway point of the season so let’s get into it.

The Good
In typical Jays fashion, there offense has been absolutely unstoppable.
As a team they rank 2nd in the league in batting average, OPS & Home runs and top 5 in a slew of other offensive categories. They have been boosted by an MVP calibre breakout season from Vlad Guerrero Jr. This lineup, also featuring all-stars Marcus Semien, Bo Bichette and Teoscar Hernandez, has been among the league’s best in every way. They certainly look primed to be very good for a very long time especially once George Springer can hit his stride coming off a longer term injury. As with any team there are always ways the lineup can be upgraded and the Jay’s have been tied in trade talks in recent weeks to Minnesota’s DH Nelson Cruz but in my opinion they should try and focus on more important holes within the roster, the pitching.

The Bad
Now, don’t get me wrong I don’t actually think the starting rotation has been bad per say, they just haven’t really been good. The entire Jays pitching staff is ranked 12th in Earned Run average, 5th in most home runs allowed and have allowed the 11th fewest walks. None of those statistics look particularly great for a team hoping to compete in the playoffs but a lot of that is shouldered by the bullpen. Let’s take a closer look at the rotation specifically. At this point of the season Robbie Ray has emerged as the best pitcher on the Jays staff with a solid 3.13 era and 130 strikeouts in 100 innings. Alongside him Hyun-Jin Ryu has been a bit inconsistent but has generally pitched well with a 3.56 era and a 1.16 whip, both pretty good numbers. After that the rotation drops off quite a bit. Steven Matz and Ross Stripling sport a rather bloated 4.72 and 4.34 era respectively and have been altogether inconsistent. Number 5 starter Alek Manoah has been a breath of fresh air at the back end of the rotation with a 2.90 era through 8 starts, but prior to his call-up in June the Jays struggled to fill that number 5 spot in the rotation, something that will continue for at least a little longer now that Manoah has been put on the 10-day IL. Looking at the rotation as a whole should shed some light on why the Jays haven’t exactly met expectations this season and it shows us just how much weight the offense is carrying right now. I think that in order to contend for a title in future seasons they will need to acquire a very good high end starter. The 2022 free agent class is loaded with top of the rotation talent including Zack Greinke, Max Scherzer and Marcus Stroman so as long as the contract isn’t too expensive I think they should try and transform the rotation from a relative weakness into a definite strength.

The Ugly
Many of you likely know where I’m going with this. The Blue Jay’s bullpen has been tragic so far this season. Before I dive in to statistics let me give you a list of all the Blue Jays relief pitchers currently on the Injured List
Tyler Chatwood
Kirby Yates
David Phelps
Julian Merryweather
Ryan Borucki
AJ Cole
Carl Edwards Jr.
If that seems like alot of names you’re exactly right that is alot of injured relief pitchers. And what makes it worse is all of those names aside from Tyler Chatwood are on the 60 day IL and are expected to miss the remainder if the season. Obviously these injuries have caused the Toronto bullpen to struggle mightily and they now feature a patchwork of pitchers with very little major league experience. It has shown. The only bright spot in the bullpen has been new closer Jordan Romano who was moved into that role early in the season with Kirby Yates out for the year. He has certainly been great with a 1.93 era and 40 strikeouts in 32 innings pitched. For the rest of the bullpen, however, things have not gone well. They currently have no other pitchers with more than 10 appearances with an ERA lower than 4 and the bullpen as a whole has a combined 10-12 record with 4 of those wins coming from Romano. It isn’t all terrible however the Jays are at least attempting to improve the bullpen in whatever ways they can acquiring both Adam Cimber and Trevor Richards in two separate trades over the past couple weeks. They’ve both been quite good so far with neither allowing a run through 7 combined innings. The bullpen will continue to be a struggle but at least the Jays are trying to improve in whatever ways they can.

In summary, this season’s Toronto Blue Jays have not been able to stay around the top of the division but they are trending upward in my opinion. Obviously the offense is looking very good and should continue on the path especially once George Springer comes into his own. Alek Manoah can hopefully return from IL quickly and continue to perform as he has which will bring some stability to the rotation. They have brought in two new bullpen pieces who will hopefully strengthen what has been, frankly, a dreadful unit so far but obviously more work needs to be done. As the deadline gets closer I think they should prioritize bringing in another starter (Rangers Kyle Gibson and Braves Charlie Morton are seemingly available) and possibly another cheap relief pitcher, such as Baltimore lefty Tanner Scott or Pirates closer Richard Rodriguez to continue to bolster the rotation and the bullpen and take a lot of pressure off of the offense. As far as the lineup is concerned I don’t think much tweaking needs to be done at all and personally I don’t think a trade for Cruz makes sense. Possibly another infield bat could help especially to take some pressure off of Cavan Biggio who has struggled as the everyday third basemen this year. As long as the offense can keep performing as they have and they make the right adjustments at the deadline I see them being a team that can put themselves firmly in the mix for a wild card spot come October.