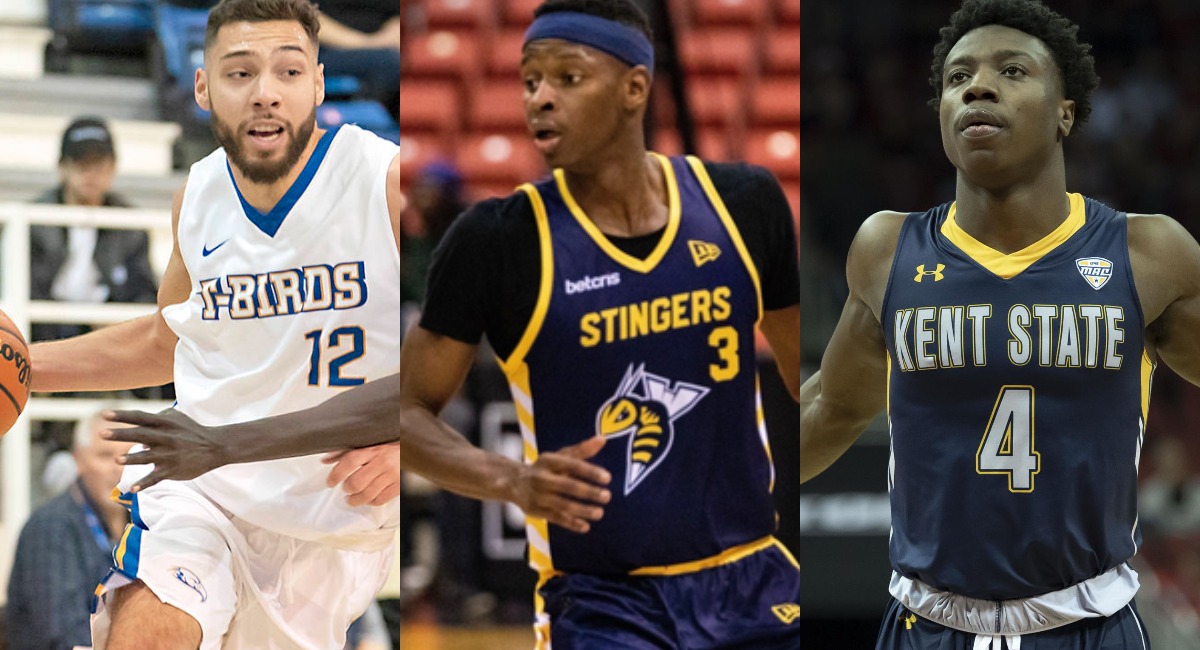 Well, that was a wild couple of days. In the lead-up to the CEBL Transaction Deadline, Ottawa BlackJacks general manager Jevohn Shepherd has been busy revamping the team after a disappointing start to the season.

The team brought in a couple of young guards to provide some depth and scoring and some wings with CEBL experience.

Let’s take a look at the moves and see what it means for the BlackJacks. Buckle up, there’s a lot to go over here.

A Toronto native who split his college career between the University of Missouri and the University of Hawaii. In two seasons, he averaged 5.7 PTS and 3.3 REB over 62 games. He earned a reputation as one of the best 3-point shooters in the Big West conference, finishing in the top-10 in both 3-point field goals made (64) and 3-point shooting percentage (41.0%). He’s since played the entirety of his professional career in Canada. He played 44 games for the Raptors 905 in the G-League before coming to the CEBL. In 24 games over parts of 3 years playing for the Saskatchewan Rattlers, he’s averaged 11.4 PTS & 4.0 REB. Overall for his career, he’s put up 5.5 PTS & 2.7 REB in 80 games.

NWS is a deadly shooter from range who can slot in at the guard or wing position. He’s also a long and athletic on the defensive side of the floor. He checks a number of boxes for the BlackJacks and should find himself in a comfortable place in the lineup after a less than amicable break-up with the Rattlers.

His biggest flaw is his inability to score around the rim. Though his long, lanky limbs help on defense, it means he gets pushed around a lot in the paint. His career shooting average is subpar (to say the least) because of it, but he shoots enough threes to make up for it.

Coming from Walnut Grove -BC, not the one in Little House on the Prairie – Cohee played 5 seasons in university, splitting his time between Seattle and Southern Utah before returning home for his final two years at UBC. In a whopping 150 collegiate games, putting up 12.1 PTS, 2.7 REB and 2.8 AST. He just wrapped up his first year as a pro in Georgia, averaging 15.2 PTS, 2.9 REB & 4.1 AST in 18 games.

I’m no going to pretend I know a ton about Cohee. But I do know that he’s a 6’4” guard whose put up some solid scoring numbers while shooting 45.1% from the field and 35.8% from deep. That’s a good combination of size and skill for any young player to build off of. I don’t know how much he’s going to see the court, but he seems like -at worst- a solid depth piece who can put up points in a pinch.

Gueye was born in Quebec City, but made a name for himself at the University of Alberta. Over 5 seasons, he averaged 15.3 PTS & 6.7 REB through 128 games. He was named the 2014 Canada West Rookie of the Year, and was the 3-time University of Alberta Basketball MVP. Since graduating, he’s played professionally in Canada, Germany and Japan. In 108 games, he’s averaged 13.5 PTS & 5.5 REB. He appeared in 5 games with Guelph this season, scoring 6 points and grabbing 10 rebounds. In the inaugural CEBL season, he played a big role on the Edmonton Stingers, averaging 11.9 PTS & 3.6 REB over all 20 games.

The wing position is still where Ottawa is their weakest. The signing of Gueye gives them more depth, and could even allow the BlackJacks to have guys like Tyrell Green and NWC spend more time at the two-guard spot, which is more well suited for their offensive games. Gueye should be viewed more as a defensive specialist, but he put up big numbers in a lower league in Japan earlier this year, so his game is rounding out.

“Booman” has started his career off on the right foot. He put up good numbers in a solid program at Kent State, and had a strong showing in an admittedly short run in Estonia. He’ll have a good opportunity to step into this team and offer a legitimate scoring threat in the backcourt. While the BlackJacks have gotten good contributions from the lead guard position, only Kadre Gray has really shown the ability to go off on a nightly basis. Having another scoring option can never be a bad thing.

With the addition of the new players, it also means the BlackJacks have had to make roster space. I’ve already mentioned before that Kyle Johnson was let go to make room for Negus Webster-Chan. Now, we must also say good bye to Johnny Berhanemeskel, who was inactivated due to contractual obligations with his French team. Also released was Eric Kibi, who appeared in one game this season and the entire 2020 Summer Series with the BlackJacks.

Berhanemeskel will obviously be the hardest felt loss on the court. Though he only appeared in 3 games, he was a key contributor in each of them, either on the scoreboard or just by his presence alone.

Kibi was never able to find minutes this season, stuck behind players like Nick Ward and Green all season. He was still a veteran voice in the locker room and a favourite among his peers.

Lastly, though nothing has been announced by the team, Tahjai Teague no longer appears on the BlackJacks roster. The former Ball State big man was playing in his first season as a professional, but only appeared in a couple of games early in the season. His release would explain how the BlackJacks were able to sign another 3 players after only releasing 2, including another import in Williams.

We wish all the former BlackJacks the best in their careers going forward.