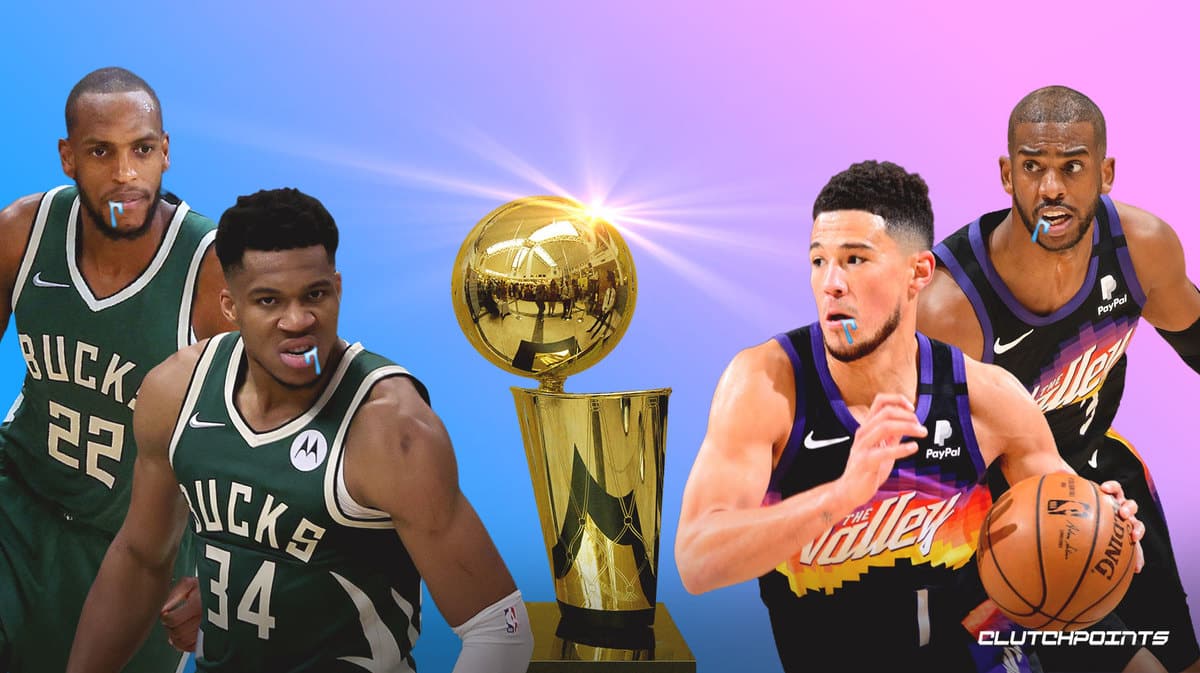 The last time the Bucks won the NBA championship was in 1971 with legend Kareem Abdul Jabbar, who was the Finals MVP. The Suns have never won an NBA title in their franchise’s 52-year history.

This season, one team’s long championship drought will come to an end.

The Bucks swept the Miami Heat in the first round of the playoffs, upset the second-seeded Brooklyn Nets in a thrilling seven-game series in the second round, and defeated Trae Young and the Hawks in six games in the ECF, despite being without their super-star Giannis Antetokounmpo in games five and six.

The Suns cruised past the Los Angeles Lakers in six games in their first-round series, they showed their elite talent by sweeping Nikola Jokic – the 2021 NBA MVP – and the Denver Nuggets in the second round and they overcame a strong Los Angeles Clippers team, winning their WCF series in six games despite losing all-star Chris Paul to the COVID-19 protocol.

Chris Paul has never won an NBA championship and has never made the NBA Finals. Giannis Antetokounmpo is in his first NBA Finals after several years of playoff disappointment.

The Suns beat the Bucks in both games of their regular-season series, but it was by a combined margin of only two points. One of the two games went to overtime.

The key storyline of the playoffs is will Giannis Antetokounmpo be healthy enough to play in the NBA Finals? They were able to beat the Hawks in games five and six of the ECF without their superstar thanks to their depth, but the Suns are in the Finals for a reason – they have a lot of talent, depth and are very well-coached.

Chris Paul and Devin Booker have both been spectacular in the postseason. Booker has averaged 27 points, 6.4 rebounds and 4.8 assists per game in 16 games and Chris Paul has averaged 18.7 points, 8.7 assists and 3.9 rebounds in 14 games. The Suns also got phenomenal play on both sides of the ball from their big man center Deandre Ayton, Jae Crowder, Mikhail Bridges, and Cameron Payne – who played well in Chris Paul’s short absence in the WCF. The Suns have a lot of depth – which helps them win games in various ways, whether by hitting all their shots and lighting it up offensively or by winning games with their lockdown defense.

The Suns have been one of the best defensive teams in the regular season and in the playoffs. The Suns were the seventh-best defense in the regular season and have only improved in the playoffs. They are the second-best team defensively in the postseason with a defensive rating of 107.6 and they only allow opponents to score 102 points per game, the second-fewest in the league. They average 6.3 steals and 4.3 blocks per game and they are a fantastic rebounding team. They average 35.8 defensive rebounds per game – they record 74 percent of their defensive rebounds – which means they do not give up a lot of offensive rebounds to opponents thanks to their length and dominance in the paint. They only gave up 11.9 second-chance points per game to opponents, the second-fewest among teams in the playoffs. They play strong defense on the perimeter and in the paint, only allowing opponents 42.8 paint points per game. Ayton has played a big role in their strong paint defense. They do not turn it over a lot, but when they do, they play excellent transition defense only giving up 12.5 points to opponents off turnovers, the fewest in the league

The Bucks are also a great defensive team. They have had the best defense this postseason with Mike Budenholzer behind the bench. They have the best defensive rating of 105.0 and only gave up 101.3 points per game, the fewest in the league. They average 37.2 defensive rebounds per game – they come away with 76.2 percent of their defensive rebounds. Their length and ability to read plays helps them block shots and cause turnovers. They record 7.8 steals and 4.5 blocks per game, they lead the NBA in both categories. They only give up 11.6 second-chance points per game, their domination of the paint does not allow teams to get a lot of offensive rebounds. They allow 38.3 paint points per game to opponents, the fewest in the NBA. They play a physical style of defense and do not let opponents take their time to set up offensively. They limit opponents’ good looks and they are able to play excellent defense on the perimeter with speedy, athletic guys like Jrue Holiday, Khris Middleton, and P.J Tucker – who can shut down anyone – even big forwards and centers – all while being able to guard the paint with Brook Lopez and Giannis Antetokounmpo, who can also move off screens to guard outside.

The Bucks are also talented offensively and have a lot of depth to score in many different ways. Antetokounmpo and Lopez are both strong and love to drive the rim and shoot close-range jumpers. Khris Middleton, Jrue Holiday, P.J Tucker, and Donte DiVincenzo can shoot from mid-range and hit three-pointers with great efficiency. They get to the line often as well, but Antetokounmpo has struggled from the charity stripe this season. They are a team that moves the ball around a lot to cause a mismatch on the floor and to create an open shot. Antetokoumpo has played great in all 15 postseason games where he was healthy enough to play, averaging 28.2 points, 12.7 rebounds, and 5.2 assists while shooting 55.1 percent from the field. Middleton has been fantastic as well in all 17 playoff games for the Bucks, averaging 23.4 points, 8 rebounds, and 5.1 assists. Lopez and Holiday were crucial offensively as well, but Giannis and Middleton are the gas that fuels the Bucks’ engine.

Chris Paul, who did not look like not himself in the first few games back after he returned from the COVID-19 Health and Safety Protocols before the WCF, played lights out in games five and six to close out the Los Angeles Clippers. The entire team played well around him.

Giannis Antetokounmpo exited game four of the ECF against the Hawks with a hyperextended left knee that caused him to miss games five and six, however, he avoided any major structural damage which indicates his injury will be evaluated on a day-to-day basis and he will likely be available for game one of the NBA Finals on July 6 after a few extra days of rest. However, it is not guaranteed he will be back for game one – even if he is, he may not be exactly 100 percent – his health will be a major factor in this series. The Suns’ defensive and offensive schemes will change a lot depending on whether or not Antetokounmpo is playing. As of now, Antetokounmpo is doubtful for game one.

The Bucks will have to rely on their stellar defense to slow down the Suns’ red-hot backcourt, consisting of Devin Booker – who is now receiving comparisons to Kobe Bryant after his amazing playoff run – and Chris Paul – who is now being considered one of the best point guards of all time. Holiday was excellent defensively the entire ECF series – except in game one where he gave up 48 points to Trae Young – he’ll have to lock down Booker and force him to take low percentage shots. Middleton will have to be good against Paul, a crafty veteran who can pass and shoot and P.J Tucker – who has proven he can guard anyone – can also help defend either of those guys one-on-one. Lopez may play zone under the basket, which will force Antetokounmpo onto Ayton and Tucker onto Crowder.

The Suns, in addition to trying to overpower the Bucks’ defense with their speed, ball movement, excellent shooting, and good transition game also have a lot to worry about with the Bucks being so good defensively. They will have to force either Lopez or Antetokounmpo into uncomfortable positions like getting off screens and rolling out to help defend the perimeter, which will open up shooters and space under the bucket for their offense. On defense, their bigs will have to out-rebound the Bucks’ bigs to prevent giving up second-chance points and to extend their own offensive possessions. In addition, they will have to cause turnovers and force the Bucks into late shot clocks and to take difficult, low percentage, contested shots.

This will be a very close series as both teams have a lot of talent on their roster, are excellent on both sides of the ball (especially on defense), and are both well-coached. The Suns’ Monty Williams and the Bucks’ Mike Budenholzer are two of the best coaches in the league that can adapt on the fly to give his team an advantage.

However, I believe Chris Paul and Devin Booker will be too much to handle for the Bucks’ defense, especially if they are without Antetokounmpo for an extended period of time. They combine for 68 points to win game seven and Chris Paul gets his illustrious first NBA championship.