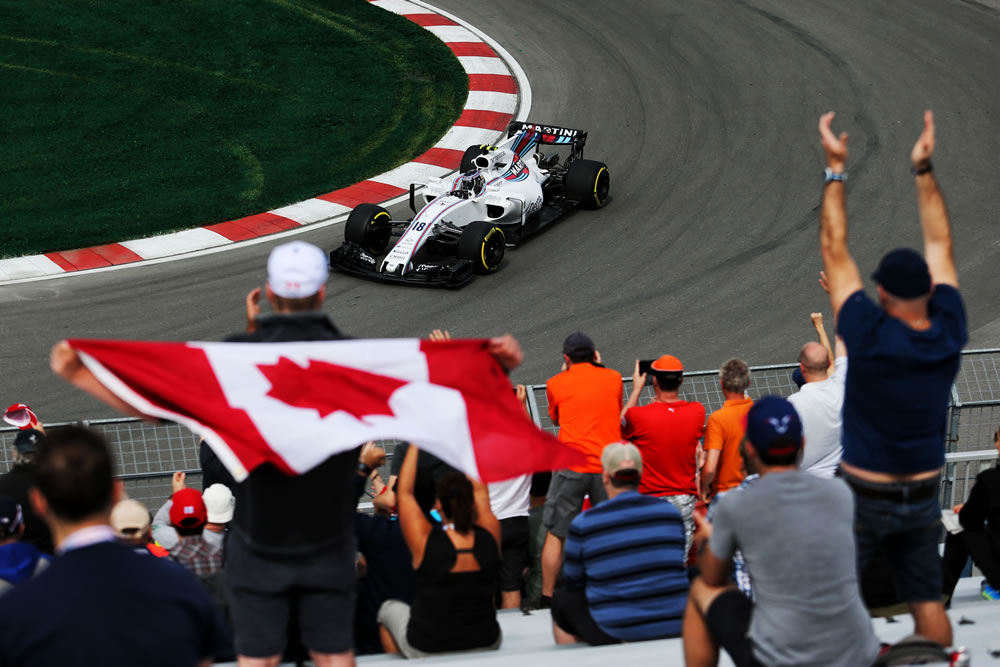 With today being Canada Day and the rapidly growing popularity of Formula 1 in Canada, it seems like the perfect time to look back and reflect on the legacy of Canadians in F1, and what the future of Canada in F1 may look like.

So far, there have been 15 drivers from Canada who have started a Grand Prix in F1, however only three of these drivers have scored points. There were quite a few drivers in the 1960s with the numbers slowly dwindling after that. There was also a large period where Canadians were absent from the grid altogether in the mid 2000s up until the arrival of Lance Stroll, one of two Canadians currently on the grid.

The first man to race under the Canadian flag in F1 was Peter Ryan. A man born Philadelphia, Pennsylvania but who moved to Mont-Tremblant, Quebec (where the Canadian GP was held in 1968 and 1970) at a young age. He was a very prolific skier at a young age and won the National Ski Association downhill junior championship in 1957 before hurting himself and switching to motor racing. His first race was at the 12 hours of Sebring where he and teammates Francis Bradley and Ludwig Heimrath placed eight. His one and only F1 entry came at Watkins Glen in 1961 when he earned an invitation from Colin Chapman (the creator of Lotus) to race for him. This invitation came on the back of his win at the first ever Canadian Grand Prix (a non-championship sports car race). Ryan would finish the 1961 United States Grand Prix in 13th place. Unfortunately, Ryan’s career would end at the age of just 22 after he crashed at a Formula Junior race in Rheims, France. He was taken to a hospital in Paris where he died of his injuries. In 1993 he was posthumously inducted into the Canadian Motorsports Hall of Fame.

Many of the drivers who raced under Canadian flags were actually born in England but gained Canadian citizenship after immigrating to the country. One of these men was Victor “Al” Pease. Pease was famous for a much different reason than Ryan, a reason that no racing driver would want to be remembered for. He entered in three F1 grand prix and at the 1969 Canadian Grand Prix, Pease was involved in many incidents whilst he was a back marker (a driver at the back of the pack) and was eventually disqualified for dangerous driving. Effectively, he was the only driver in F1 history to be disqualified for going “too slow”. Despite being slow in F1, Pease was highly successful in domestic racing in Canada and was eventually inducted into the Canadian Motorsports Hall of Fame in 1998.

George Eaton was another notable member of this Canadian cast and is one of the more experienced, having entered in 13 grand prix between 1970-71. This may not seem like a lot, however many of the 15 drivers only entered in a couple of races. He became one of the more regular drivers featured on the grid over the course of three years, making his debut at the 1969 United States Grand Prix, and then left the sport after the 1971 Canadian Grand Prix. His career best finish was 10th place, still not enough to score any points unfortunately, however he was a consistent member on the grid for three years.

Now we get to the biggest name in Canadian F1 history, a name that belonged to two people. Gilles Villeneuve and his son Jacques. Gilles began his career at McLaren in 1977 with one race and was quickly signed to replace Niki Lauda at Ferrari after that, where he would remain for the rest of his career. He was the first Canadian to not only score points but win a race (he won six actually). He scored so many points in fact that he finished second in the driver’s championship in 1979, only behind teammate Jody Scheckter. His career was cut short however as he was killed during qualifying for the 1982 Belgian Grand Prix. He collided with Jochen Mass and was jettisoned from his car, killing him instantly. Despite such a short career, many drivers consider him a top 10 driver of all time and ex-teammate Scheckter said “I will miss Gilles for two reasons. First, he was the fastest driver in the history of motor racing. Second, he was the most genuine man I have ever known.” Since his death, the circuit that hosts the Canadian Grand Prix in Montreal was named the “Circuit Gilles Villeneuve” and he has been inducted in the Canadian Motorsports Hall of Fame.

However, Gilles legacy would carry on through his son Jacques. Jacques was very successful in Indycar, winning the Indianapolis 500 and the 1995 PPG Indycar World Series, after which he would move to F1 and race for Williams. He nearly won the drivers championship in his first year, finishing second behind his teammate Damon Hill (just like his father) however, in his second year, he would do one better than his dad and win the drivers championship in 1997. However, after that championship, he would never win another race, finishing a highest position of third. Despite this, he remained in the sport all the way until 2006, an extremely long time given the average time Canadians were spending in the sport to that point. He, like his father, would be inducted into the Canadian Motorsports Hall of Fame.

After Jacques retirement, Canadians were absent from the grid until a young man named Lance Stroll joined Williams in 2017. That year, he became the youngest rookie to ever score a podium which he did at the 2017 Baku Grand Prix, finishing third. He got a move to Racing Point in 2019 and is currently racing for Aston Martin (a rebrand of the Racing Point team). He was the third Canadian (and first not named Villeneuve) to score points and even took a pole position at the 2020 Istanbul Grand Prix. He is one of the more talented youngsters on the grid but is still prone to making mistakes that often result in retirements from races, though he certainly has a bright future.

Lance is not the only Canadian in F1 these days as in 2020, Nicholas Latifi joined Williams after finished second in the 2019 F2 championship. Unfortunately for Latifi, Williams has not been very competitive since he joined and has often been stuck at the back of the grid, racing his teammate George Russell and the Haas cars of Mick Schumacher and Nikita Mazepin. It remains to be seen if Latifi can move his way up to a more competitive team or if Williams can turn things around to give him more competition.

All in all, Canada has had a decent impact on the sport as it was the homeland of two of the best drivers of all time and has two decent youngsters racing on the grid today. Time will tell if Stroll and Latifi can develop into faster, more skilled drivers and maybe bring a second drivers championship across the Atlantic.