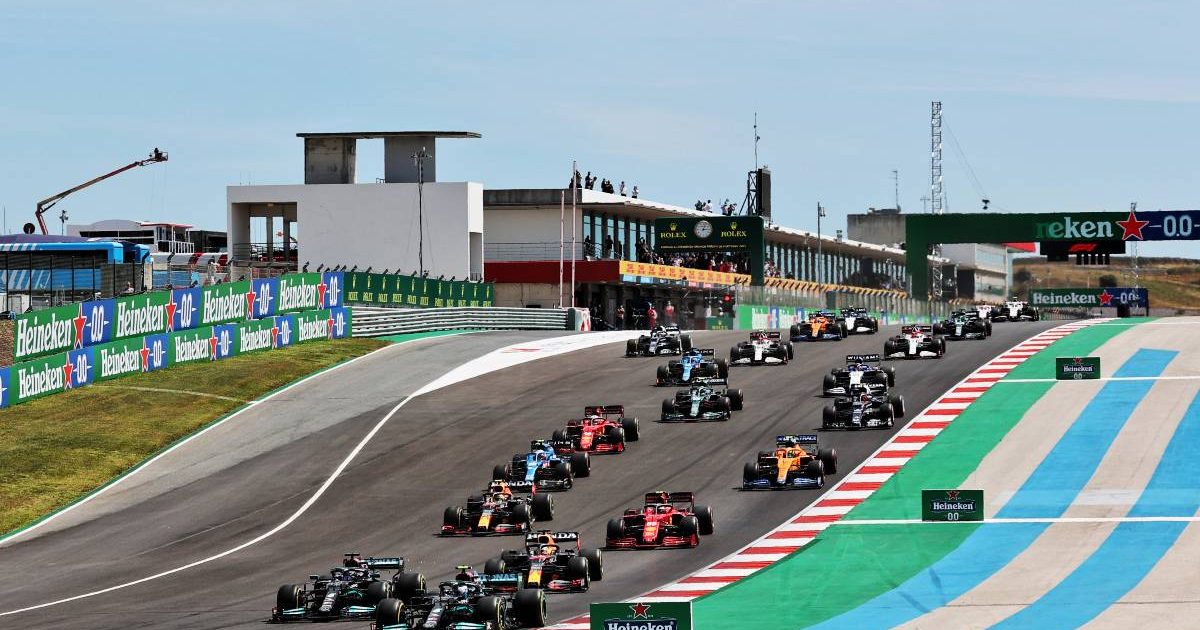 Lewis Hamilton took his second victory of the young season with a cool, calm and collected drive to extend his championship lead by eight points over Max Verstappen who finished behind him in second place.

That championship lead was originally a seven point difference when the checkered flag fell but Vertsappen’s fastest lap bonus point was taken away due to a track limits violation on his fastest time.

That extra point went to Hamilton’s teammate Valtteri Bottas who finished in third place after starting the race on pole position.

After an early safety car was brought out by Kimi Raikkonen when he ran into the back of his teammate Antionio Giovanazzi. This forced Raikkonen out of the race.

Verstappen took second place away from Hamilton at the safety car restart and was hunting down Bottas until a slight moment of oversteer in the last corner allowed Hamilton to pass Verstappen down the straight and he would pass Bottas a few laps later.

Verstappen then overtook Bottas with a well timed undercut which allowed Verstappen on fresh warm tires to pass Bottas on his outlap from the pits due to him having warmer tires compared to the cold tires of Bottas.

Bottas would try to pass Verstappen but a sensor issue turned his engine down and he could not pass the Dutchman.

Verstappen’s teammate Sergio Perez finished in fourth after a monster 50 lap stint on the medium tires which would have put him in a podium spot had there been a safety car but nonetheless lead most of the middle of the race.

Lando Norris continues his hot start to the year by finishing in fifth while holding off the Ferrari of Charles Leclerc.

Alpine had their best ever result with Esteban Ocon finishing in 7th and his teammate Fernando Alonso finished in 8th after he had a difficult qualifying session. Alonso looks to be getting back into F1 shape as the two-time world champion at one point in the race had very similar lap times to what the leaders were doing.

Daniel Ricciardo finished in 9th after starting 16th and Pierre Gasly rounded out the point scorers in 10th.

It was a difficult weekend for Aston Martin with Vettel finishing 13th after a strong qualifying where he was 10th. Canada’s Lance Stroll finished just behind Vettel in 14th and he too would have been in a potential points scoring position had their been a safety car because he did a mega first stint of 39 laps on the soft tire.

Mick Schumacher impressed in his lowly slow Haas car by finishing in 17th where he split the two Williams when he overtook Canada’s Nicholas Latifi in the closing laps.

The controversial Nikita Mazepin finished in last and was almost one lap behind his own Haas teammate. He was penalized 5 seconds for ignoring blue flags when being lapped by Sergio Perez.

Formula 1 will return to Barcelona for the Spanish Grand Prix this weekend on May 7-9, 2021. The track has a newly profiled turn 10 which is slightly different from before which could be something to look out for. There is also rain forecasted at the moment as well so stay tuned.