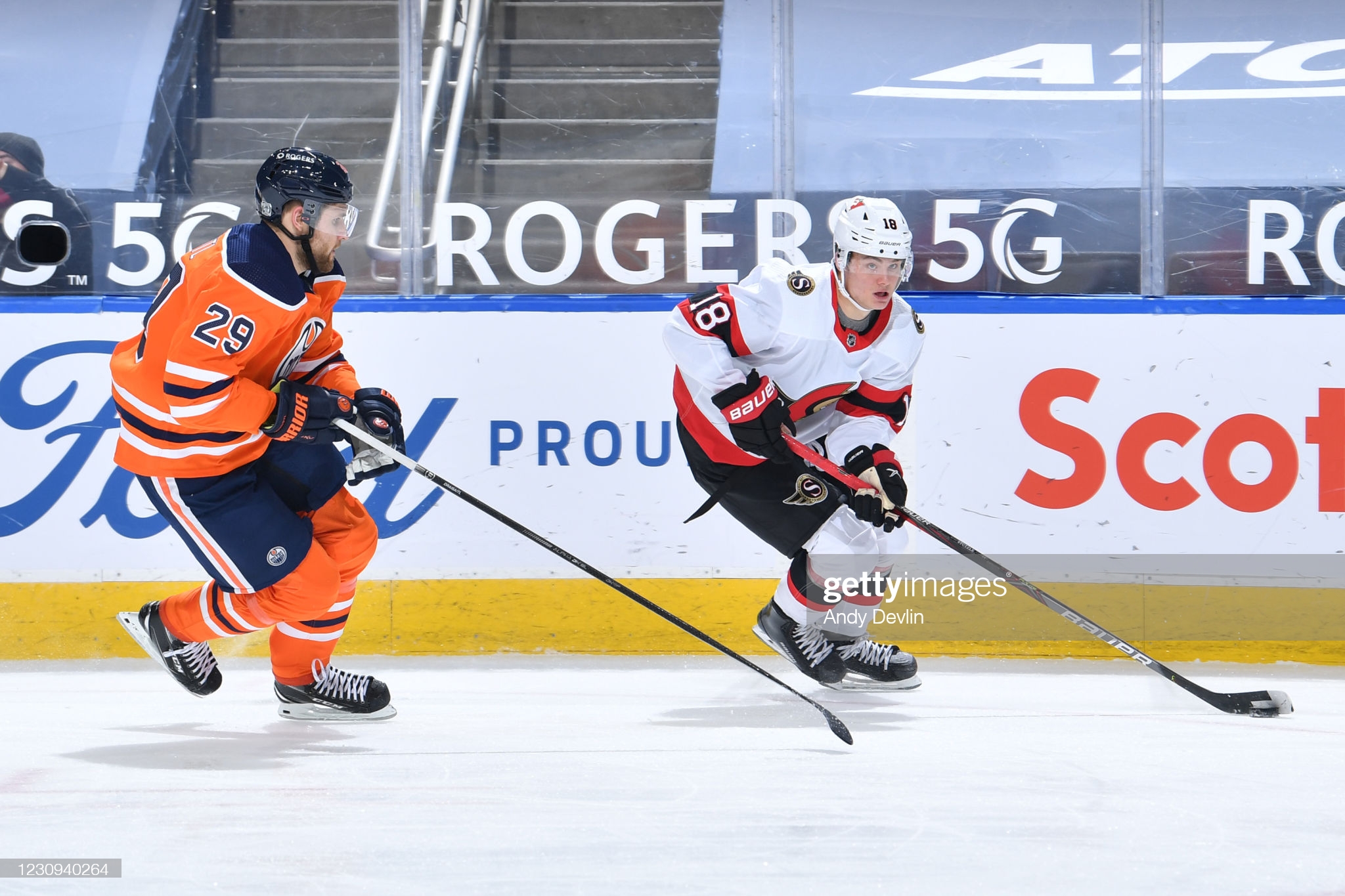 Another loss for the Senators, but another Tim Stützle goal! Yes, that’s how I’m going to be approaching last night’s results.

After a tire fire of a game on Sunday night, the Ottawa Senators were once again beat down by the Edmonton Oilers by a score of 4-1 making it their eighth consecutive loss.

While it’s another two points in the bin, there was a few positives we were able to find last night for our sanity. Let’s get this report card going.

Heading into last night’s game, the Ottawa Senators could’ve easily sent Stützle back to the DEL in order to let his ELC slide, and thankfully they did not. Last night was no doubt his best game since joining the Senators. He looked like a much more confident player for most of the night, and he also showed great poise and confidence with the puck when it was his turn to drive the play forward.

While doing all of that, he also managed to get the Senators second goal of the night in the third period by sliding the puck through Mikko Koskinen’s wickets. I think that goal tells you everything you need to know about this young man. By the time Derek Stepan snaps that pass to him, he’s already at Edmonton’s blueline and glides to the net. Instead of thinking too much about what his next move is going to be, you can see Stützle with his head up the entire time knowing exactly where he’s tucking this one.

Like I mentioned, he looked strong all night and it paid off in the end as he now has goals in back-to-back games for the first time in his young NHL career. Good thing we let the ELC slide, right?

Alright, I know there is an argument to be made for other guys to be here after last night, but Derek Stepan hasn’t looked great for some time now and it’s time we talked about it.

To this day, I understand why the Senators traded for the guy. Was I ever a fan of the deal and him taking up a roster spot ahead of a rookie in the wings? No, but I can see what Dorion was trying to do, even though I disagree with it.

It’s the little things with Stepan that are now getting really out of hand. Not only does he not contribute much offensively, he also takes silly penalties every now and then. It started off the with the puck over the glass in game one, and then another one of those, and last night it was a slashing penalty while in the offensive zone.

I mean, what else do you want me to say? Some players for whatever reason just tend to take more penalties than usual, but you need to also provide something on the other hand to balance out you being in the box way too often. Derek Stepan hasn’t been able to do that for the Senators so far.

Not only is he struggling to find his offensive touch, he’s also not a great possession player either. He finished last night with a 45.83 CF% at 5v5, and a 33.33 SCF%. It’s just not working out so far, and it’s definitely time for D.J. Smith to look at different options here.