Q and A with Ottawa Titans hitting coach/outfielder Kyle Gaedele 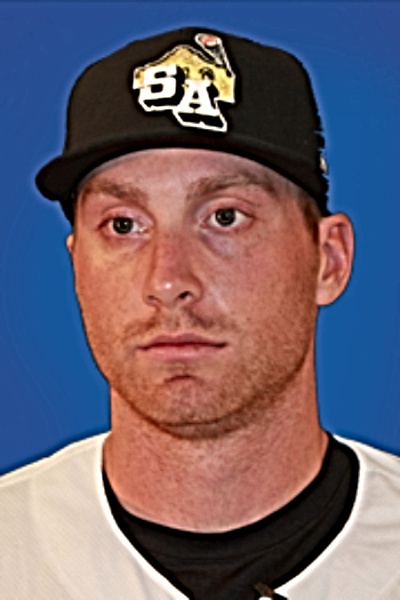 There’s a lot more to it than see the ball, hit the ball for Ottawa Titans hitting coach/outfielder Kyle Gaedele.

The man charged with getting the Titans’ batters squaring up pitches this coming season mixes psychology with physical prowess in his teaching approach with players.

Gaedele brings many years of playing experience to the position of hitting coach for the first-year club.

As a player he was drafted by the Tampa Bay Rays in 2008 and the San Diego Padres in 2011. His career includes stops at Valparaiso of the Horizon League, Eugene of the Northwest League, Fort Wayne of the Midwest League, Lake Elsinore of the California League, San Antonio of the Texas League and River City of the Frontier League.

Gaedele bats right and throws right. He has a lifetime .251 batting average, .343 on-base percentage, and a .417 slugging percentage in 531 professional games played.

In his last full season of 2016 playing for the River City Rascals of the Frontier League, Gaedele batted .308 with 14 home runs, 50 RBI and he stole 24 bases.

Meanwhile, on a personal note, he just got married and bought a house.

Here’s a look at how Gaedele will go about his duties as the team’s hitting coach.

Q: What’s the biggest challenge facing the hitters who have been off for a while due to the pandemic?

A: The biggest issue is the time off from being on a field facing a pitcher who’s trying to get you out in a game environment. You can try and make practice as game-like as possible but there is no substitute for all that comes with stepping in the box in a game atmosphere

Q: When baseball does resume, will hitters have an advantage over pitchers?

A: Pitchers will have the immediate advantage since they don’t have to worry about reactionary timing.

Q: What are your thoughts on how to work with a player who continues to struggle in training camp?

A: Each hitter is different internally and externally so depending on the player’s makeup will help lead to the solution to combating struggles. The biggest thing will always be inspiring confidence.

Q: How do you work with a hitter who is very experienced?

A: Experienced players will tend to have a better understanding of a routine and an approach to their work before and during the game. Communication will be different with each guy and it’s my job to understand how each player learns and digests information.

Q: When a player attempts to change his approach and it doesn’t pan out, how do you guide him to become more successful at the plate?

A: Always starts with confidence. Without confidence you’re fighting an uphill battle. It’s very easy to forget how good you are when you aren’t having success. So how can you find confidence without immediate success? That’s the key.

Q. With regards to younger players, many of us who follow baseball have heard the term from scouts and coaches that the power in a player will eventually come. What do scouts and coaches see that the casual fan might be overlooking or failing to recognize?

A. For me it depends on each hitter because it’s not how far you can hit it. It’s about how often can you hit it far. Being able to understand and repeat good mechanics will give a hitter the best chance to have power consistently.

Q. Can a hitter, from all the batting practice, on-deck swings, and hitting off a tee, find themselves fatigued and a split-second late trying to hit in the later innings? Is the volume of repetitions something that you or the team will monitor?

A. Hitters can definitely find themselves over-working during the season which could fatigue them in game. It’s a good idea for hitters to develop a routine so that doesn’t happen. With that said, sometimes hitters need extra hard work to find confidence. It’s Important to find a balance as the season goes on.

Q. Are there still any corners of the teaching of hitting yet to be explored as far as technique does?

A. As far as technique goes I’ve done it all and seen it all! Haha. Video is an important part of my teaching because success leaves clues and the tape never lies. I’m big on movement technique but style is all about the hitter’s preference.

Q. The Titans have signed you to play the outfield as well as be the hitting coach. Where do you look for advice when things get tough at the plate?

A. First and foremost I have to practice what I preach so it will always be about belief in your abilities no matter the outcome. I’ll also be able to fall back on the experiences I’ve had throughout my career and also to lean on the guys in the dugout who may see something I don’t!

Q. Have you worked with manager Steve Brook before? How do you work together to get hitters out of funks?

A. Yes, Steve was my manager back in 2016 when we played in the Frontier League championship and we have always been on the same page. When working with guys who seem to be struggling, it’s about understanding why and that comes from communication and getting to know each player.