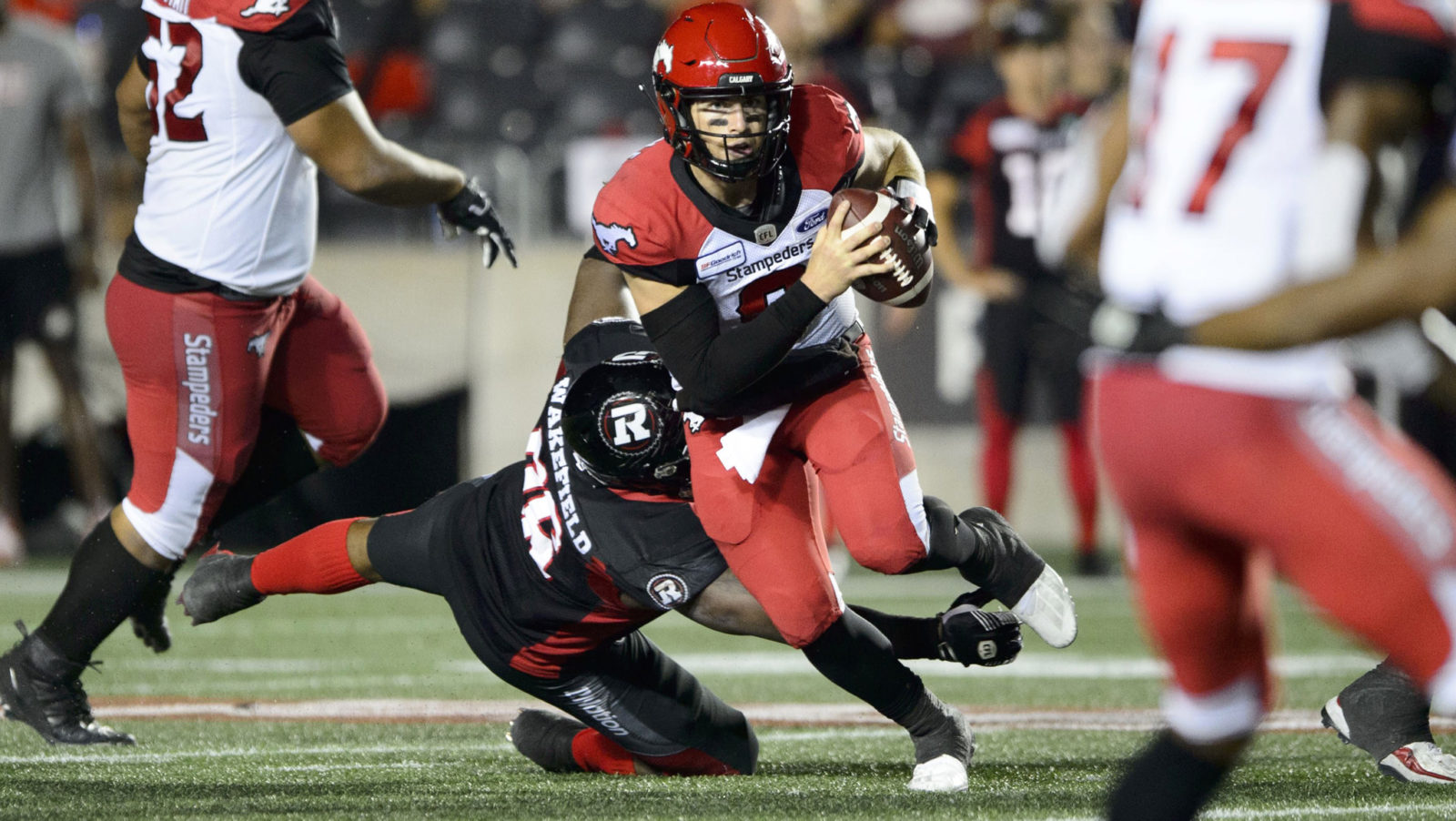 Late Friday afternoon, Nick Arbuckle and the Ottawa REDBLACKS reached a deal securing the up and coming quarterback for two years, according to multiple sources.

After a dismal 3-15 season, it was clear that a quarterback was the number one priority for Marcel Desjardins and the REDBLACKS. The deal comes about a month after the REDBLACKS acquired the rights to Arbuckle in a trade with the Calgary Stampeders.

With Arbuckle signed, the REDBLACKS and Stampeders will swap first round picks, and Calgary already owns Ottawa’s third round pick.

Arbuckle thew for 2103 yards with 11 touchdowns and only five interceptions in 2019 in the limited starts in the absence of Bo Levi Mitchell.

“I am very excited to become an Ottawa REDBLACKS and I can’t wait to get there and get to work as soon as possible,” said Arbuckle to REDBLACKS media personnel. “It’s an incredible feeling knowing that my wife and I will have the opportunity to start our family in such an amazing city,” Arbuckle continued.

Arbuckle will bring stability to the REDBLACKS, and if everything goes to plan, will be the quarterback for the foreseeable future for Ottawa.

With the starting quarterback locked up, the REDBLACKS can now turn their attention to building the team around Arbuckle in free agency. Some of the top needs include offensive and defensive line, and a top flight receiver.

Free agency opens on February 11 where the expectation is Desjardins and the REDBLACKS to be more active then previous seasons.